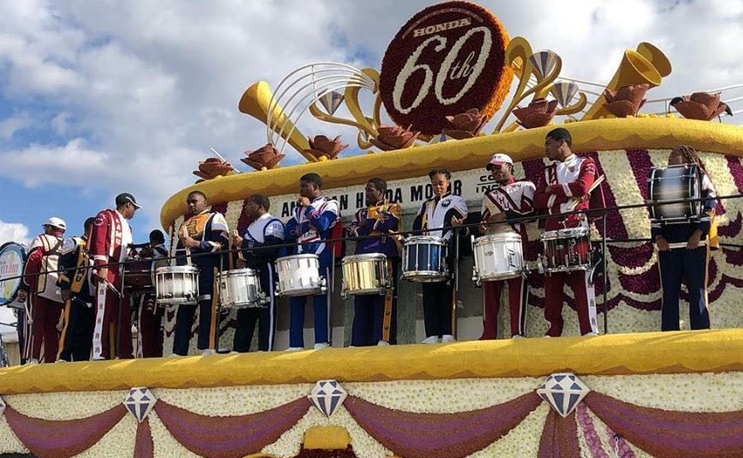 HBCU bands were front and center during the 2019 Tournament of Roses Parade.

The Tournament of Roses Parade is a big deal, and has been for more than a century.

The 2019 edition of the famed parade featured several HBCUs, including Alabama State leading the way in position number one.

The Mighty Marching Hornets led a series of bands that included Florida A&M’s Marching 100 as well as a Honda drumline featuring several HBCUs.

Some members of the Honda drummers.