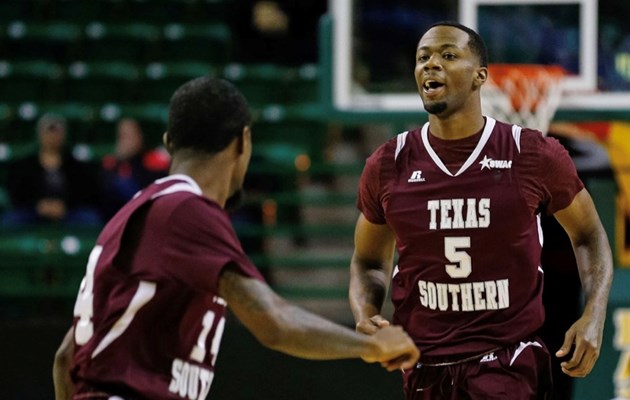 Heading into conference play Texas Southern makes a huge statement with win over the Aggies.

If they haven’t already, Texas A&M will be sending a check to 3100 Cleburne Street.

The Tigers started off strong, responding to the Aggies as they started to get things going early. When the Aggies started to miss shots, the Tigers took advantage. At halftime, the 46 to 33 lead was a good cushion for the Tigers.

The cushion helped as the Aggies scored 40 second-half points. It wasn’t enough as the Tigers scored 42 points in the same half and closed out with a 15 point win.

Jayln Patterson was a huge reason why. He scored 20 points; tallying five rebounds and five assists in the process. He shot 50% from the three-point line. But he wasn’t alone as the majority of the starting five was on fire in College Station Saturday. Jeremy Combs scored 15, Devocio Butler added 17 points, and Trayvon Reed chipped in with 13 points.

The stat line between the two teams was rather even but the Tigers 57% shooting from the field proved to be the biggest factor. With a win over Baylor, Oregon, and now Texas A&M; the Wildcats resume is very impressive.

Coach Johnny Jones is building something special in Houston. He’s looking to capitalize as TSU walks into conference play next Saturday.