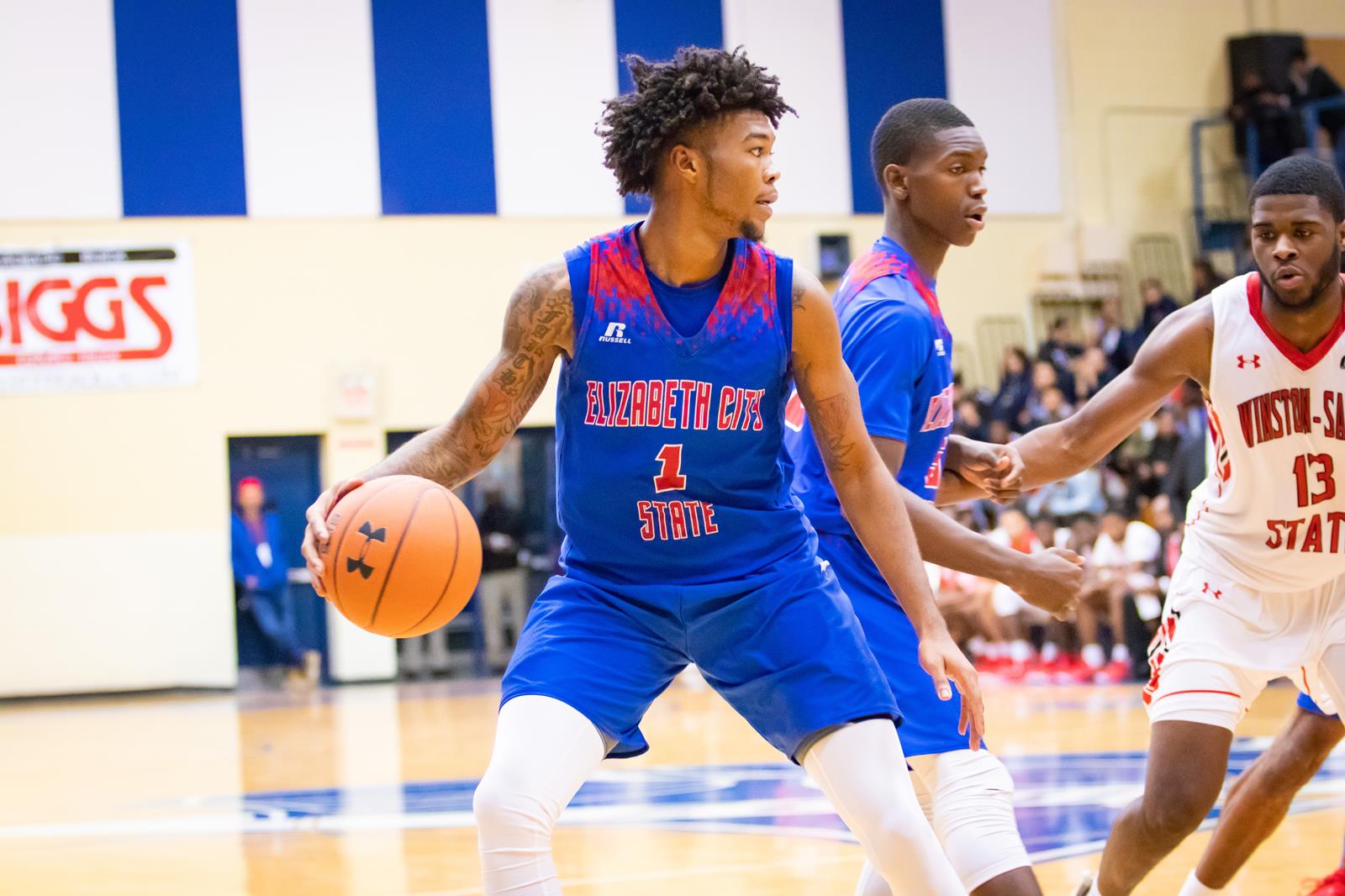 Don’t look now but the Vikings are 3-1 against CIAA competition.

Sophomore guard Justin Faison netted a team-high 24 points with four assists before fouling out in the third minute of overtime as the Vikings withstood a 27-point second half scoring explosion by junior guard Amir Hinton who finished with a game-high 31 points.

In overtime, guard Orlando Robinson and Faison hit back-to-back layups to put ECSU (4-7, CIAA 2-0) ahead for good at 87-83 during the first two minutes.  Shaw twice cut its deficit to two points before freshman guard Gabe Kirkendoll turned in a pair of crucial plays for the Vikings.

With the Vikings clinging to a 91-89 lead, Kirkendoll stole the ball from Hinton with 37 seconds left then rebounded the ensuing missed ECSU layup.  He was fouled on the rebound and dropped in both free throws to give the Vikings some breathing room.  Junior forward John Maynor, who finished with 18 points and five rebounds, iced the game with 23 ticks left with a pair of free throws which upped the Viking’s lead to 95-89.

Junior center Tyjhai Byers tallied 17 points and a team-high six rebounds for ECSU while senior guard Shyheid Petteway scored 10 before fouling out in regulation.  Three Vikings fouled out of the game while Maynor and Byers finished the contest with four personals each.

Hinton, who netted 49 in his last outing in an upset of Barton on November 27, added a game-high seven assists and six rebounds to his line.  Sophomore forward Alex Owens hit nine of 10 shots from the floor on his way to 20 points and a game-high 15 rebounds.  Junior guard DaVaughn Kelsie chipped in 18 points for the Bears (5-3, CIAA 1-1).

The Vikings limited the high-scoring Bears to one point over the final 2:32 of the first half to seize a 42-34 edge.  Maynor netted six points on a jump shot and four free throws made in as many attempts to fuel to 9-1 closing spurt.  The Vikings limited Hinton, who entered the game as the leading scorer in NCAA D-II with a 33.6-point average, to just four points on a pair of field goals.  Faison poured in 13 points while Maynor added nine during the first 20 minutes.

A dunk by junior center Joseph Allen just 76 seconds into the second half gave the Vikings their biggest lead at 47-35, but Hinton started finding the range and the Bears shave the ECSU lead to 62-58 on a layup by Owens with 11:28 on the clock.

Two free throws by sophomore guard Orlando Robinson boosted the Viking lead back to 69-59 with 8:58 left, but Shaw refused to let the home team pull away.