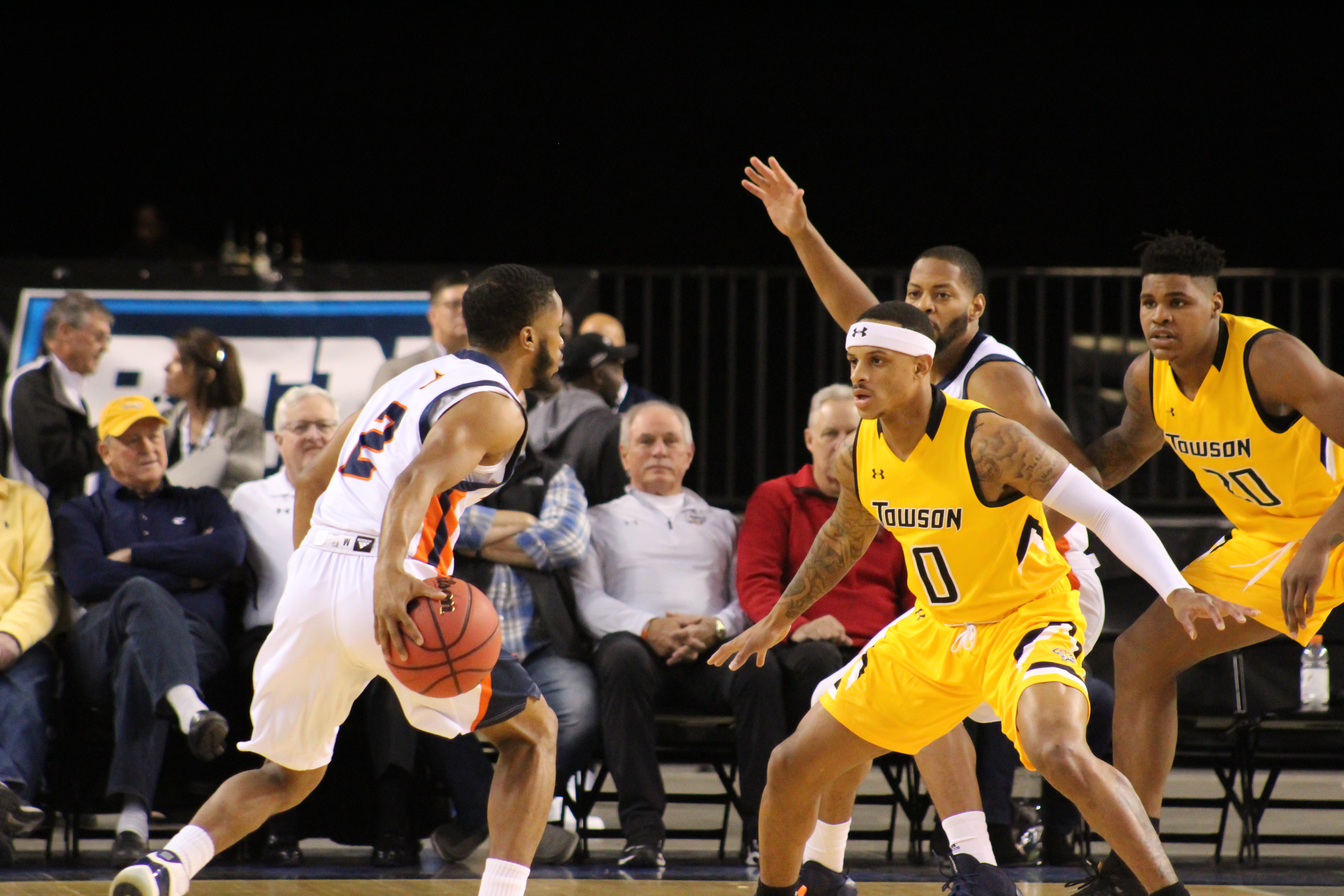 For many schools, their conference slate is when they will face off against their rivals. For Morgan State, that is not totally the case.

Morgan State’s MEAC rival is Coppin State, but it has another school that lays claim to a rivalry as well.

MSU clashed with the Towson Tigers at the Charm City Charities Classic in Downtown Baltimore. Usually held as an on-campus matchup, this matchup was the first game of a doubleheader that featured Loyola of Chicago vs Maryland. In the contest, Morgan defeated Towson by a score of 74-69.

Things were not so pleasant for the Bears starting off. The Tigers soared to a 14 point lead in the first half. Shots were not falling and fouls were not landing in the way of the Bears. Despite the bumps early on, Coach Todd Bozeman kept his team calm as they rode back to cut the lead to five points coming into halftime.

The Bears got back on track in the second half as the game went back and forth. Like the previous two years, this matchup went down to the final seconds and it happened again this year. But this time, the Bears had the final say — well a few of them. A huge reason of this was the play go Sherwyn Devonish-Prince Jr down the stretch. He scored a season-high 19 points which proved to be what the Bears needed. With 44 seconds left and up by two, Jumper pushed the Bears to a four-point lead.

So far this season, Todd Bozeman is playing his whole bench and it is working. Tiwian Kedley and Phillip Carr accounted for almost 45 percent of their scoring last season. What’s different is the role of the bench. In this game, the Bears bench scored 31 points as everyone chipped in. David Syfax had 10 points from the bench and Kyson Rawls added seven as well.

Although the offense looks somewhat different, Coach Bozeman’s defensive mindset has not. The Bears forced 21 Tiger turnovers in the contest. This win continues MSU’s Maryland dominance in non-conference play. MSU has defeated Navy, Mount St. Marys and now Towson during a solid start to the season. It has four non-conference contests remaining until MEAC play starts on January 4th.

It's a WRAP at Royal Farms Arena where the Bears defeat Towson at the Charm City Classic #MORGvsTOW #MEAC #CharmCityClassic pic.twitter.com/ZuipLtCGnG