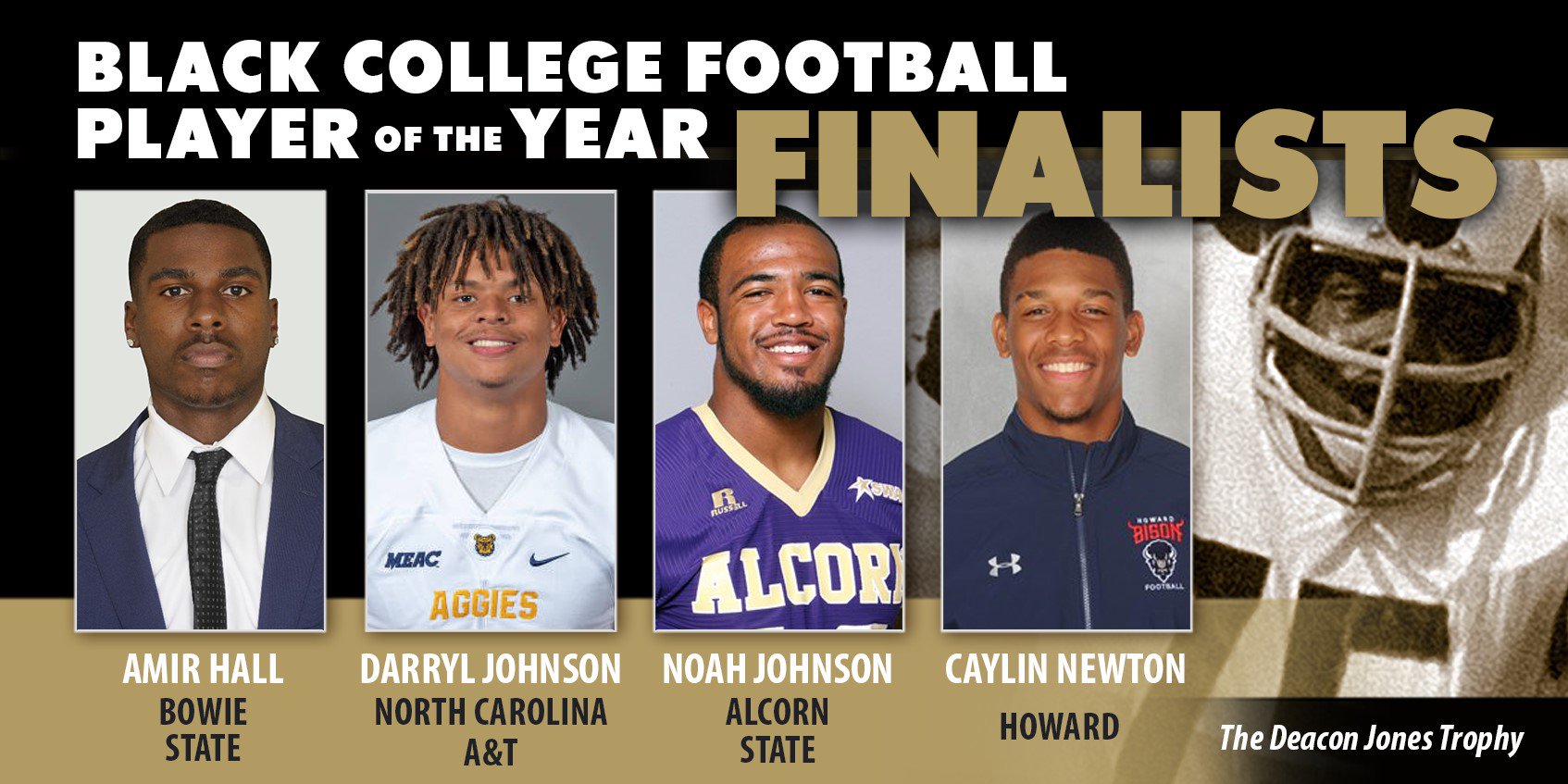 Atlanta, GA (November 29, 2018) – The Black College Football Hall of Fame (BCFHOF) announced today four Finalists for the Black College Football Player of the Year Award. The Award is presented annually to the most outstanding football player from a Historically Black College & University (HBCU) that embodies the rich tradition of athletic excellence and integrity associated with HBCUs. Former North Carolina A&T State University, and current Chicago Bears running back Tarik Cohen was the inaugural recipient of the Award in 2016, and Bowie State quarterback Amir Hall was selected as the recipient in 2017.

“The Black College Football Player of the Year Award showcases the immense talent of our HBCU student-athletes today,” said Doug Williams, BCFHOF Co-Founder and 2011 Inductee. “Each finalist has had an incredible season and we are excited to celebrate their success.”

The winner of the 2018 Black College Football Player of the Year Award will be announced on February 16, 2019, at the 10th Annual Black College Football Hall of Fame Induction Ceremony, Presented by the Atlanta Falcons in Atlanta, Georgia. He will be presented with the Deacon Jones Trophy, named in honor of the football legend and inaugural BCFHOF inductee.

The Finalists will also be recognized at the Celebration Bowl in Atlanta on December 15th, along with the BCFHOF Class of 2019, which will be televised on ABC.