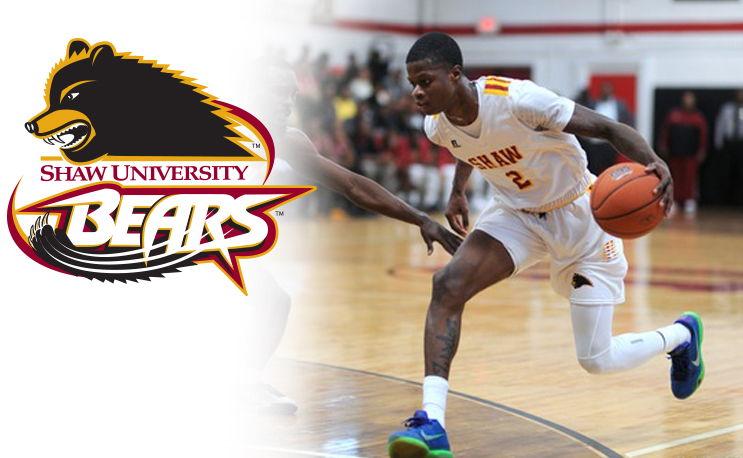 Shaw gets by nationally-ranked Barton College as the nation’s leading scorer nearly put up 50 in an overtime win.

A big night from Shaw’s latest Philadelphia star resulted in a big win and a record-breaking performance.

Shaw knocked off Barton with a 96-90 win in overtime as Amir Hinton went off for 49 points to help his team beat the 14th ranked team in Division II basketball.

Hinton set a program record on Tuesday night, leading all scorers with the 49-point performance on 19-of-32 shooting from floor and 10-of-11 free throws. He finished with seven rebounds, four assists and one steal while freshman Geremy Taylor (Pompano Beach, FL) netted a career-high 12 points, five assists and four rebounds and freshman Nakwan Kitchen (Orangeburg, SC) added his first career double-double of 10 points and 10 rebounds off the bench for Shaw.

Shaw rallied from a 14-point deficit at the 13:55 mark of the second half, beginning with a 14-2 run capped off by a layup from junior guard Davon Dillard (Gary, IN) to pull the Bears within five (60-55). The Bulldogs built its lead back up to eight points after a layup from Michael Boykin but the Bears continued to chop at the deficit down the stretch.

In the last 4:25 of regulation, Hinton scored the Bears last 11 points, including a jumper with 48 seconds on the clock that would eventually send the game into overtime as BC missed two free throws late with the game tied at 80.

Shaw outscored BC 15-10 in the overtime to secure the win.

Hinton is currently leading the NCAA Divsion II in scoring with 33.6 points per game through seven contests. His lowest scoring output is 24 points, and he’s hit better than 30 four times, and better than 40 points twice.