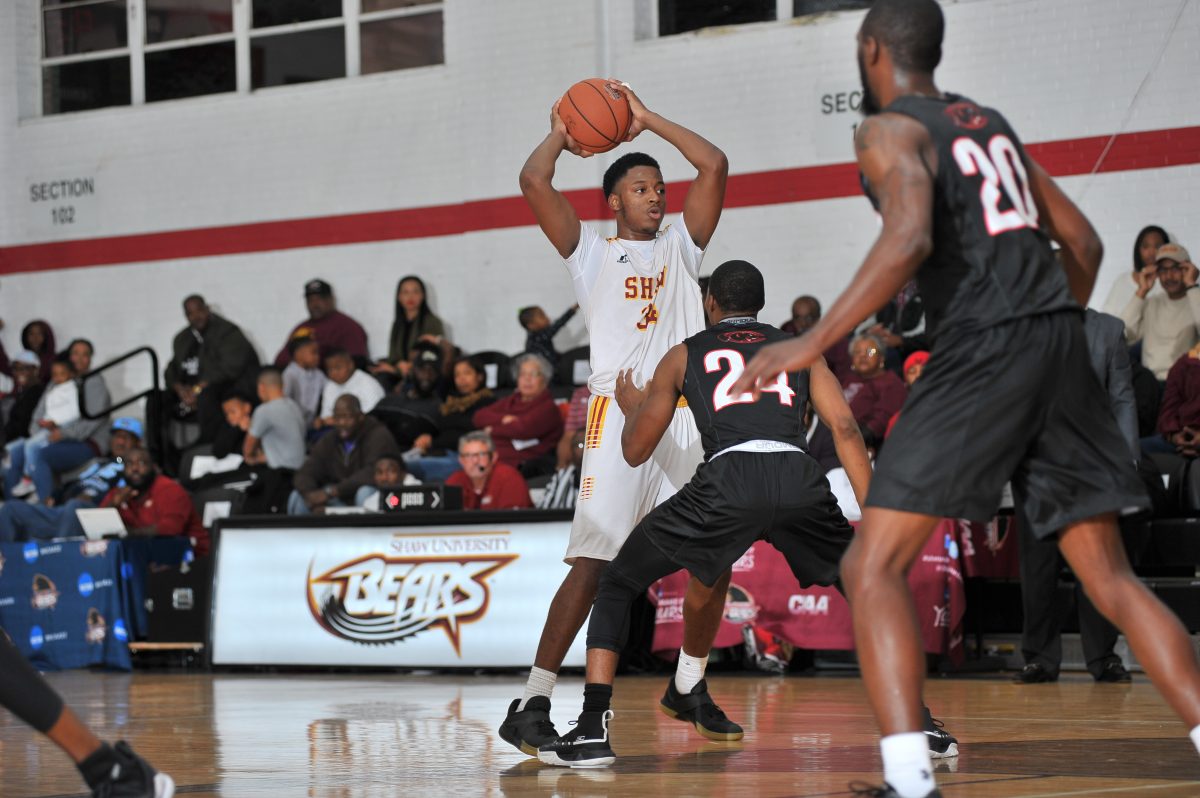 The Panthers go on the road for the first time in the CIAA.

RALEIGH, N.C. – Despite blowing a 22-point lead in the second half, the Shaw University men’s basketball team pulled off a 71-66 victory over the visiting Panthers of Claflin University Saturday afternoon inside the historic C.C. Spaulding Gymnasium. The win gives Shaw its first Central Intercollegiate Athletic Association (CIAA) win on the year as the Bears improve to 4-2 overall.

In the opening half, the Bears started the contest with an 18-9 scoring margin over Claflin (3-3, 1-1 CIAA) capped off by junior DaVaugn Kelsie’s (Richmond, VA) second 3-pointer of the stanza. Shaw then orchestrated one of its largest leads of the half after scoring six-straight in a 15-5 run to lead 33-14 at the 2:09 mark. The Bears would own a 37-20 frame at halftime thanks to outscoring the Panthers 22-2 in the paint, 12-5 off of turnovers and 10-2 in second-chance opportunities.

The second half would be a turn of events as the Bears put together a 12-8 spread to take a commanding 50-28 charge but Claflin would not go away easily as the Panthers chopped at the deficit over a span of nine minutes to pull within single digits after two free throws from Jaimik Moore.

Free throws and outside shooting kept the Panthers within reach of the Bears down the stretch, a 3-pointer from Danny Brown got Claflin within four points with 2:01 left in regulation but junior guard Amir Hinton’s (Philadelphia, PA) two freebies gave Shaw a six-point cushion.

In the final 1:17, both teams exchanged baskets including Claflin’ s 14th 3-pointer of the night from Moore that provided a score of 69-66 in favor of Shaw but Hinton would ice two free throws, followed by missed opportunities from long distance that would ultimately give Shaw the final score victory.

Hinton led all scorers with 24 points that featured 8-of-9 free throw shooting to go along with five assists and three rebounds while freshman Jah’Lil Carter (Charlotte, NC) put up a career-high and first career double-double of 19 points and 12 rebounds in his first career start. Kelsie chipped in 14 points and junior guard Davon Dillard (Gary, IN) added 12 points, 10 rebounds, and six assists in the winning effort for Shaw.

The Bears tallied 34 of its 71 points in the paint while scoring 21 baskets off of the Panthers 16 turnovers and 20 points in second-chance opportunities.

Shaw will return to action Tuesday, Nov. 27 at Barton for a nonconference tilt beginning at 7 p.m. in Wilson, N.C.