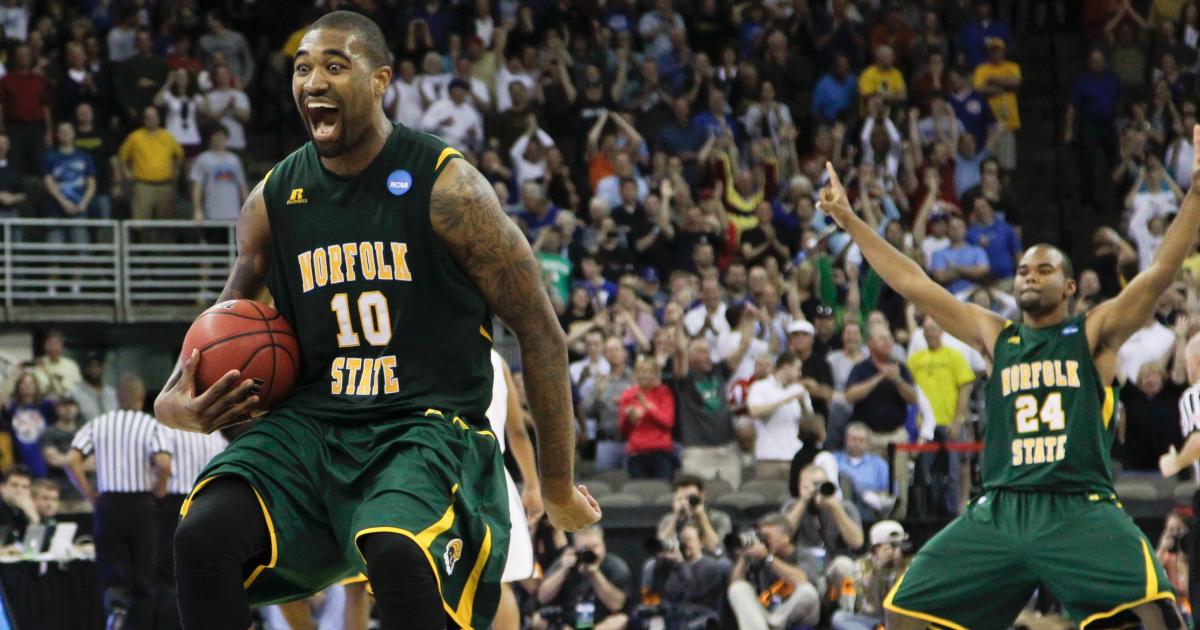 NORFOLK, Va., Nov. 13, 2018—The Mid-Eastern Athletic Conference (MEAC) announced on Tuesday the five members of its 2019 Hall of Fame Class. The inductees will be enshrined during an awards brunch on Thursday, March 14, starting with a welcome gathering at 9:30 a.m. at the Sheraton Norfolk Waterside Hotel in Norfolk, Va. The Hall of Fame class will also be recognized before the 6 p.m. men’s basketball game during the 2019 MEAC Basketball Tournament on March 14 at the Norfolk Scope Arena.

“I would like to congratulate the 2019 Hall of Fame class for all their accomplishments, both athletically and professionally,” said Dr. Dennis E. Thomas, MEAC Commissioner. “The honorees have made significant contributions to their families, communities, institutions, and this conference. They are to be commended.”

The MEAC Hall of Fame highlights former student-athletes, coaches, university and conference administrators, as well as special contributors, who have enriched the legacy of the conference since its inception in 1970. Enshrinees were selected by a 13-person committee made up of administrators and representatives from member institutions.

The inaugural Hall of Fame class was inducted on May 29, 1981 during a 10-year anniversary banquet in Greensboro, N.C. Since its establishment, the MEAC Hall of Fame has enshrined 148 people, including the Class of 2019.

The 2019 MEAC Hall of Fame Inductees

Dwayne Harper, South Carolina State: Harper was one of the most productive defensive backs in Bulldogs history before embarking on a 12-year NFL career. His eight interceptions in 1987, at the time, tied the program single-season record, and he was a First Team All-MEAC honoree in 1986 and 1987. In addition, Harper was named Associated Press Div. I-AA All-American in 1987, and in 1988, he was drafted in the 11th round of the NFL Draft by the Seattle Seahawks. The 1998 South Carolina State Athletic Hall of Fame inductee – and member of South Carolina State’s Centennial Team – played for Seattle, San Diego and Detroit in his NFL career, in which he recorded 571 tackles, 24 interceptions, 10 forced fumbles and a touchdown.Alvin Hollins, Florida A&M: From 1979-2009, Hollins served in a variety of roles within intercollegiate athletics at Florida A&M, primarily as the Director of Sports Information. He has worked closely with the MEAC on numerous occasions, and for his work, Hollins was named the Black College SID of the Year in 1990 and the MEAC SID of the Year in 1992. Hollins was inducted into the Florida A&M Sports Hall of Fame in 2005 to commemorate his years of service to the Rattlers. He is a 1976 graduate of Southern University, where he earned a Bachelor’s degree in journalism. While a student assistant in Southern’s sports information office, he won the Ace Higgins Award as Louisiana’s top student assistant SID. Hollins’ work continues to this day, as he has returned to Florida A&M to work as part of the sports information office.

Jerome Mathis, Hampton: Mathis excelled on both the football field and the track for Hampton in the early 2000s. As a wide receiver for the Pirates, he averaged a touchdown every 4.4 receptions. A consensus All-American in 2004, Mathis also excelled in the kick return game.  In 2004, Mathis led the nation in receiving yards, averaging 29.8 per catch, and his 35.5-yard kickoff return average also led all of I-AA. He returned six kickoffs for touchdowns in his college career, breaking the NCAA career record at the time, and he had 4,541 all-purpose yards in just 35 career games. On the track, Mathis was a two-time NCAA East Region champion in the 200-meter dash, setting the regional and school record with a personal-best 20.32 in 2004. He was also a two-time All-American in track & field, finishing runner-up in the 200-meter dash in 2003. Mathis was a Pro Bowler with the Houston Texans, who drafted him in the fourth round in 2005, and also played for the Washington Redskins.

Kyle O’Quinn, Norfolk State: After earning Second Team All-MEAC honors as a sophomore in 2010, O’Quinn was a back-to-back MEAC Defensive Player of the Year, averaging a double-double in each of his last two seasons as a Spartan. In a senior campaign that saw O’Quinn average 15.9 points and 10.3 rebounds a game, he was the first player in MEAC history to be named both the conference’s Player of the Year and Defensive Player of the Year. He led the Spartans to their first-ever MEAC Tournament title that season, earning Outstanding Performer honors. But the best was yet to come, as O’Quinn’s 26-point, 14-rebound performance helped the No. 15-seeded Spartans upset Missouri in the NCAA Tournament – one of the biggest upsets in tournament history and the third time in MEAC history a No. 15 seed upset a No. 2. O’Quinn won the Lou Henson Award, which goes to the nation’s top mid-major player – becoming the first player from an HBCU to win the award. O’Quinn was selected by the Orlando Magic in the second round of the 2012 NBA Draft, and he also played for the New York Knicks before signing this past offseason with the Indiana Pacers.

Jessica Worsley, Maryland Eastern Shore: A 2017 inductee into the Maryland Eastern Shore Hall of Fame, and the first bowler to be inducted, Worsley is one of the most decorated bowlers in program history. She led the Hawks to their first-ever national championship appearance in 2007 – and their first title in 2008, which was not just the first Div. I national championship in school history, but also for any women’s sport at an HBCU. She led Maryland Eastern Shore to MEAC championships in 2006, 2007 and 2008. The 2008 MEAC Woman of the Year led the Hawks to four NCAA and three United States Bowling Congress (USBC) appearances. She was a two-time National Tenpin Coaches Association (NTCA) All-American (2007 and 2008), the 2006 MEAC Tournament Outstanding Performer, and she was named the 2008 NCAA Championship Outstanding Performer.