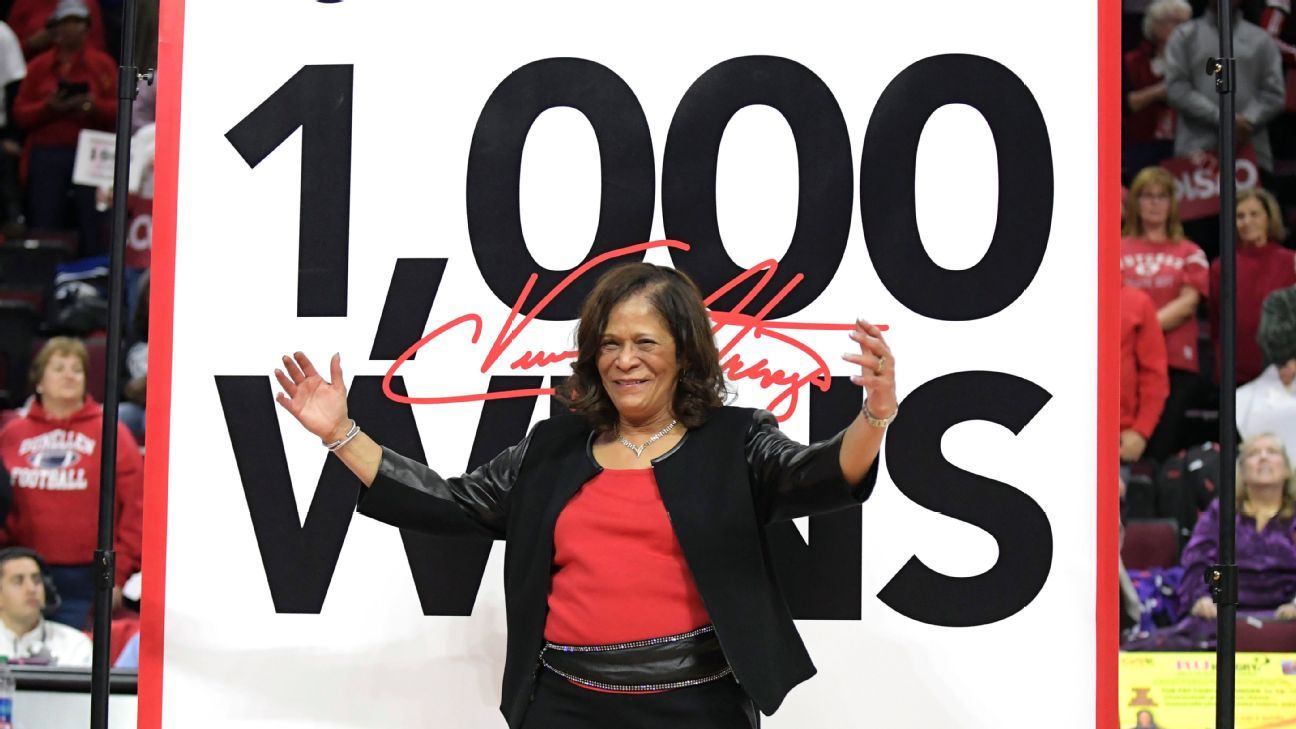 C. Vivian Stringer just won her 1,000th game. While best known as the coach at Rutgers, she get her start at Cheyney University.

Coach Stringer’s collegiate coaching career started at just 23 years old in 1971 as a volunteer at Cheyney University, the country’s oldest historically black university. In 1981, she led her team to a 72-54 victory over Rutgers, the current school she coaches at. After the victory, Stringer emphasized she was not worried about where the win would place Cheyney in school ranking. Instead, her intentions were to show women’s basketball is very much worth the support, and the money. A problem that women’s athletics is still facing today.

“We’ve proven that women’s basketball can sell on this campus– even make money. We have the fan support for our program, all we need now is the fiscal help.”

In her twelve years at Cheyney, she most notably led the team to an appearance in the finals of the first-ever NCAA Women’s Basketball Tournament in 1982. With an overall record of 251-51, Stringer created a powerhouse women’s basketball program out of a small HBCU with under 2,000 students.

After her finals appearance, University of Iowa took notice of Stringer and offered her a head coaching position, in which she accepted. When she was introduced, Iowa held its first-ever press conference for women’s athletics. She was with their women’s basketball program from 1983-1995. In those 12 seasons with Iowa, she and the team made nine NCAA tournament appearances. Her tenure was highlighted by a 1993 appearance in the Final Four.

Now holding a résumé of 520-135 and eleven NCAA tournament trips, Rutgers University set their eyes on Stringer. Anticipating a move to the Big East conference and no longer possessing their former long-time coach, Rutgers wanted her and her impressive skill to coach the women’s basketball team. In 1995, coach Stringer made history accepting the multiyear contract to Rutgers, which made her the best-paid women’s coach in the country.

Stringer is now in her 24th season coaching at Rutgers.

Coach Stringer is the only women’s coach in the nation to take three schools to the Final Four in the NCAA College Basketball Tournament, and now also the first Black head coach in the history of sports to earn 1,000 wins.