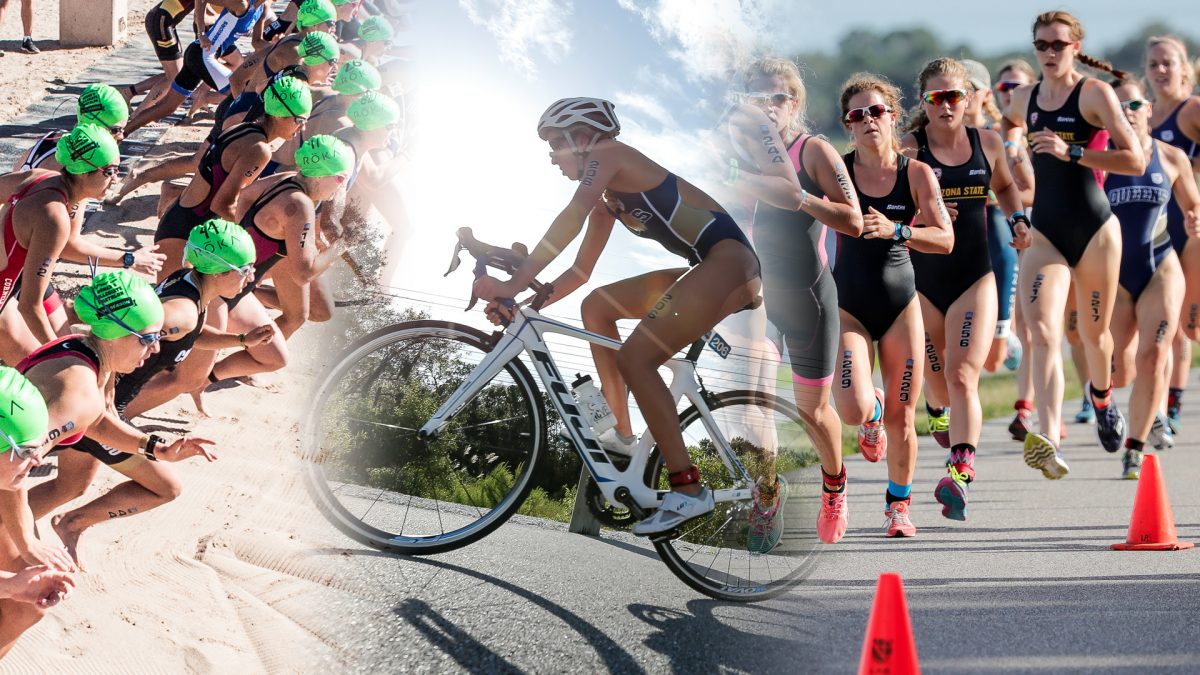 $225k grant was waiting for the first HBCU to make the move.

HAMPTON, Va. — Hampton University President Dr. William R. Harvey and Director of Athletics Eugene Marshall, Jr.announced today that with the assistance of USA Triathlon, Hampton University will introduce Women’s Triathlon as the 19th varsity sport starting in the Fall of 2019.

Hampton becomes the first Historically Black College and University (HBCU) to participate in the sport at the varsity level.

The addition of the Hampton women’s triathlon program is being made possible through a $225,000 grant from the USA Triathlon Foundation which was reserved for the first HBCU that added women’s triathlon as a varsity sport.  The funding is earmarked specifically for an HBCU in a proactive effort to increase diversity in collegiate triathlon. The grant will be distributed over a five-year period and may support travel, equipment, coaching, scholarships and other expenses related to building a sustainable varsity program.

“Hampton University’s addition of a varsity women’s triathlon program is cause for celebration for many reasons,” said Rocky Harris, USA Triathlon CEO. “USA Triathlon is in the process of working with HBCUs on a variety of upcoming initiatives to increase diversity in triathlon at the youth and collegiate level, and this is an important step in that journey. The academic and athletic administration at Hampton have proven to be leaders by committing to this unique opportunity for female student-athletes, who will shape the future of our sport for years to come.”

The NCAA named triathlon an Emerging Sport for Women in 2014. The designation gives programs a 10-year window to demonstrate sustainability as an NCAA sport.

Hampton will become the sixth NCAA Division I and 26th NCAA school to sponsor triathlon.  Once a coach is on board, Hampton will be recruiting student-athletes to acquire the needed equipment for the program, and begin formalizing partnerships in the community necessary to begin a varsity women’s triathlon program.

What others are saying about the addition of women’s triathlon at Hampton University:

Amy Wilson, Managing Director, NCAA Office of Inclusion
“Congratulations to Hampton University on adding women’s triathlon — an NCAA emerging sport — and further enhancing its remarkable tradition of providing meaningful opportunities for student-athletes. I commend USA Triathlon for partnering with Hampton University through its impactful grant program, as well as for its extensive plans to engage with HBCUs across the country to increase the number of diverse student-athletes participating in intercollegiate triathlon.”

John Cassimatis, President, USA Triathlon Foundation
“The USA Triathlon Foundation is proud to present Hampton University with grant funding to build a sustainable women’s varsity triathlon program. The Foundation’s mission is to open pathways to triathlon for all, and a key component of that is increasing racial and ethnic diversity in our sport. Hampton’s presence in the NCAA triathlon family means that young women with dreams of attending an HBCU can now consider triathlon as a collegiate sport option for the first time, which opens new opportunities both academically and athletically.”

Shelley C. Davis, Senior Associate Commissioner and SWA, Big South Conference
“There is tremendous significance in Hampton University adding triathlon. Not only does this provide additional opportunities for women to compete in the sport, but Hampton is also the first Historically Black College/University and Big South Conference member institution to sponsor triathlon. It is exciting to see the growth of triathlon as an NCAA Emerging Sport, and the Big South looks forward to celebrating Hampton’s success and exposing the rest of our member institutions to the sport.”

Charles Harris, Executive Vice President of Averett University, Former Commissioner of the Mid-Eastern Athletic Conference and Hampton University Alumnus
“I am delighted to offer congratulations to Hampton for taking an innovative step into offering women’s triathlon as a varsity intercollegiate sport. Hampton has a long history of being a pathfinder for opportunities. It comes as no surprise that under the leadership of President Dr. William R. Harvey and Athletic Director Eugene Marshall, Jr. they would seize the opportunity to take a leadership role in opening a new pathway for women in sport. This announcement is the first in what I anticipate will be a wellspring of unique opportunities for HBCU student-athletes to participate in sport at the highest level possible.”

Dr. Tekemia Dorsey, CEO, International Association of Black Triathletes
“Hampton University’s partnership with USA Triathlon provides a pathway into the collegiate arena for the sport at an HBCU for little black girls and girls from urban communities around the world. As IABT’s Youth & Junior Club Programs continue to expand here in Maryland through partnerships with urban local school systems, we are now able to advocate, support and encourage enrollment in Hampton University’s triathlon program. I have great hope that other HBCUs will come on board to introduce the program, especially in the Baltimore-Washington metropolitan area. This has been an initiative of mine for several years, and I am ecstatic to see it come to fruition. Historic, groundbreaking, monumental. Great job, Hampton University and USA Triathlon!”

ABOUT USA TRIATHLON
USA Triathlon is proud to serve as the National Governing Body for triathlon, as well as duathlon, aquathlon, aquabike, winter triathlon, off-road triathlon and paratriathlon in the United States. Founded in 1982, USA Triathlon sanctions more than 4,300 races and connects with nearly 500,000 members each year, making it the largest multisport organization in the world. In addition to its work with athletes, coaches, and race directors on the grassroots level, USA Triathlon provides leadership and support to elite athletes competing at international events, including International Triathlon Union (ITU) World Championships, Pan American Games and the Olympic and Paralympic Games. USA Triathlon is a proud member of the ITU and the United States Olympic Committee (USOC).