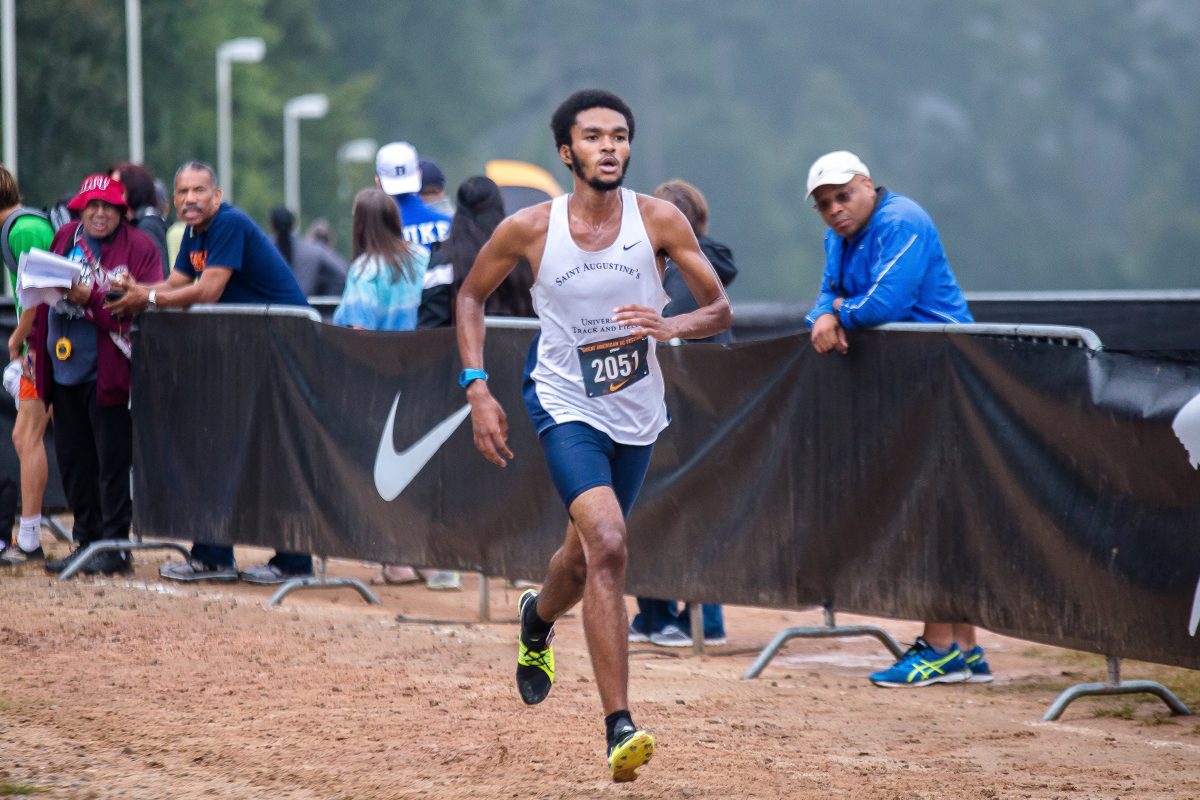 Freeman was named the NCAA Division II Men’s Cross Country National Athlete of the Week by the U.S. Track & Field and Cross Country Coaches Association (USTFCCCA) on Tuesday. He is the first SAU runner in school history to win the prestigious cross country honor.

The USTFCCCA highlighted Freeman for claiming the Men’s 8K Title at the CIAA Championships last Thursday, Oct. 25. He captured the title by 40 seconds with a winning time of 25:52.6. The Falcons, led by Freeman, finished second as a team in the 8K race.

During the regular season, Freeman ran a personal-best time of 25:20.04 in the ECU Pirate Invitational in October. He posted the fastest CIAA time in all five regular-season races and recorded the best time among Division II runners in three races. Freeman was the men’s winner in the Monarch Classic in September.

His next race is the NCAA Division II Atlantic Regional Championships in Pittsburgh, Pa., on Saturday, Nov. 17. The starting time is 10:30 a.m. on the Bob O’Connor Golf Course at Schenley Park.