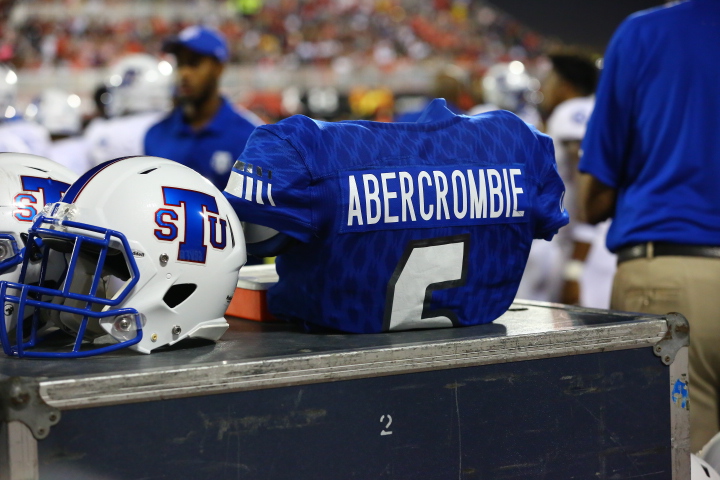 After two tenuous and taxing weeks, Tennessee State linebacker Christion Abercrombie has taken a major step forward on his road to recovery.

Abercrombie has been upgraded from critical to stable condition, according to a tweet sent out by TSU on Sunday night. The Atlanta native suffered a severe head injury on Sept. 29 against Vanderbilt that drew national attention.

His parents spoke to the media shortly after his injury praising the doctors at Vanderbilt Medical Center for their care and expressing their belief that their son would make a full recovery. His mother Staci said he responded to the playing of gospel music in his room.

“We are thankful because we know that Christion has a very, very strong faith in God,” his mother, Staci, told reporters in early October. “Christion is fighting, so therefore as a family, we’re fighting, we’re supporting him. We’re standing strong in our faith. We’re not wavering. We’re trusting God, and we’re trusting God for a miracle.”

Abercrombie faces a long road ahead, but after enduring an injury that serious, any progress is met with joy and hopefulness.