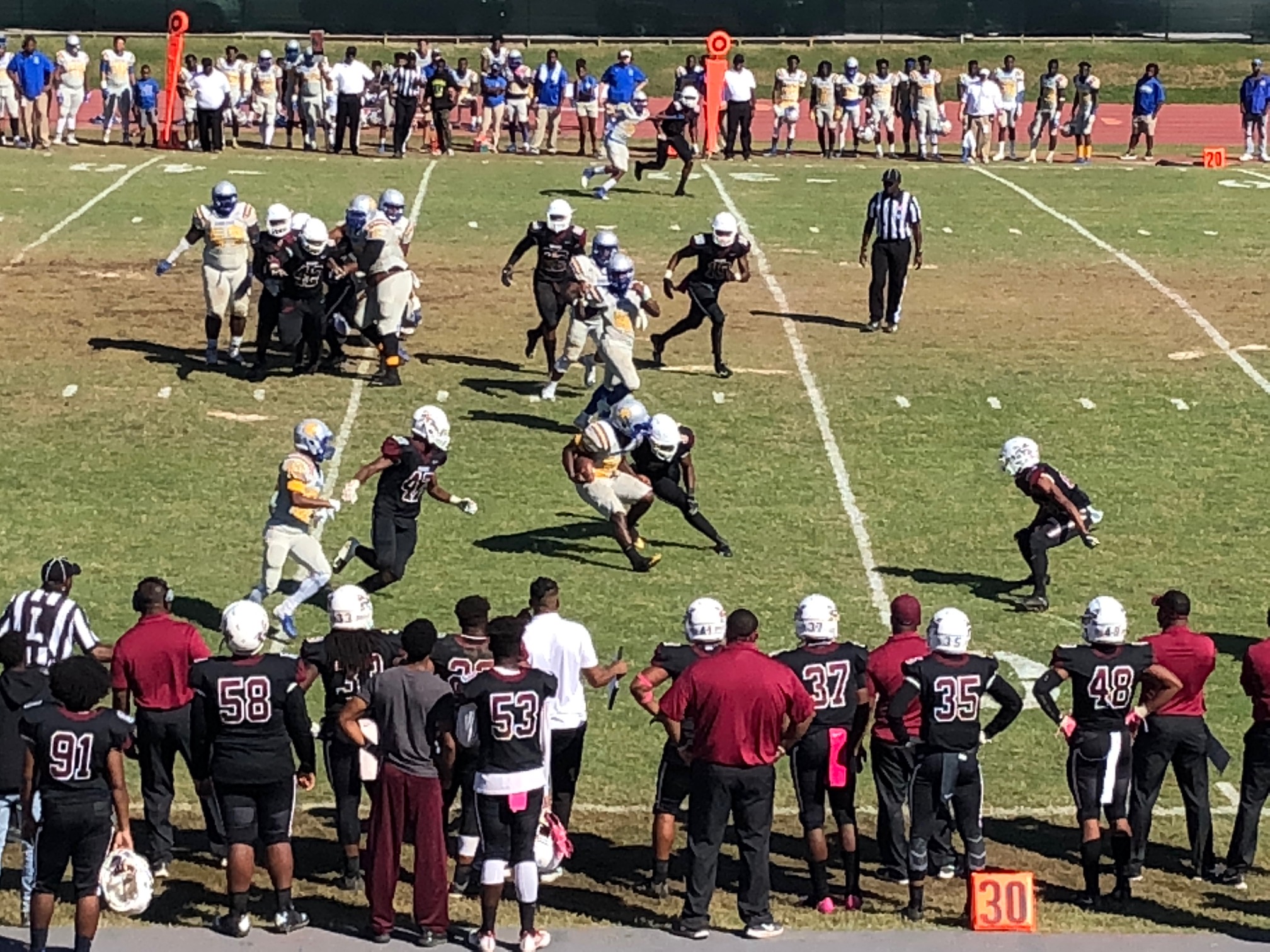 ATLANTA–The SIAC if nothing else is a “what have you done for me lately” conference.  Despite being the last remaining unbeaten team in HBCU football, Morehouse (6-1, 2-1) is no longer in the catbird seat after Albany State (4-3, 3-0) marched into Atlanta and pillaged the Maroon Tigers.

Everything about this game was totally different than a week ago for Morehouse. The game was shifted to a Sunday, because of ASU’s issues with Hurricane Michael, and it was about 30 degrees cooler than Columbus, GA last Saturday.  Then there was the game itself.

After a pedestrian 3-3 ballgame thru the first quarter, Albany State scored twice in the second period. Kelias Williams dashed in from 20 yards out for a 10-3 lead. Morehouse would answer when Amyr Smith hauled in a 23-yard touchdown from Michael Sims but Albany State would have the last word of the half.  Williams found Mike Green on a 38-yard score to make it 17-7 at the half.

Williams could do no wrong against the Morehouse pass defense on Sunday. He completed 16 of his 18 attempts, picking up 254 yards, three touchdowns and not interceptions.

In the third quarter, Albany State put the game on ice with two unanswered scores.  Chris Hunt hauled in a 29 yarder from Williams, and then on the ground, McKinley Habersham punched it in from 11 yards out. Habersham’s touchdown with 9:07 remaining in the third period made it a 31-7 ballgame.

Another Amyr Smith touchdown late in the third gave Morehouse fans a glint of hope but it quickly evaporated. Habersham caught a touchdown pass from Williams right before the third quarter ended to push the lead up to 38-13.

The Albany State defense did what no one else has all season, contain Santo Dunn. Last week’s hero against Tuskegee finished with just 24 yards on eight carries. Dunn came into the game averaging over 107 yards per game, by far the best in the league. Second place Roger Thomas from Clark Atlanta is averaging just over 75 yards per game.

An Albany State field goal and another Morehouse touchdown in the fourth quarter completed the box score but carried little meaning.

The Maroon Tigers will try and find their footing in the division next week, with a trip to Benedict. Albany State will be looking for its fifth straight win with a home game versus Clark Atlanta next Saturday.