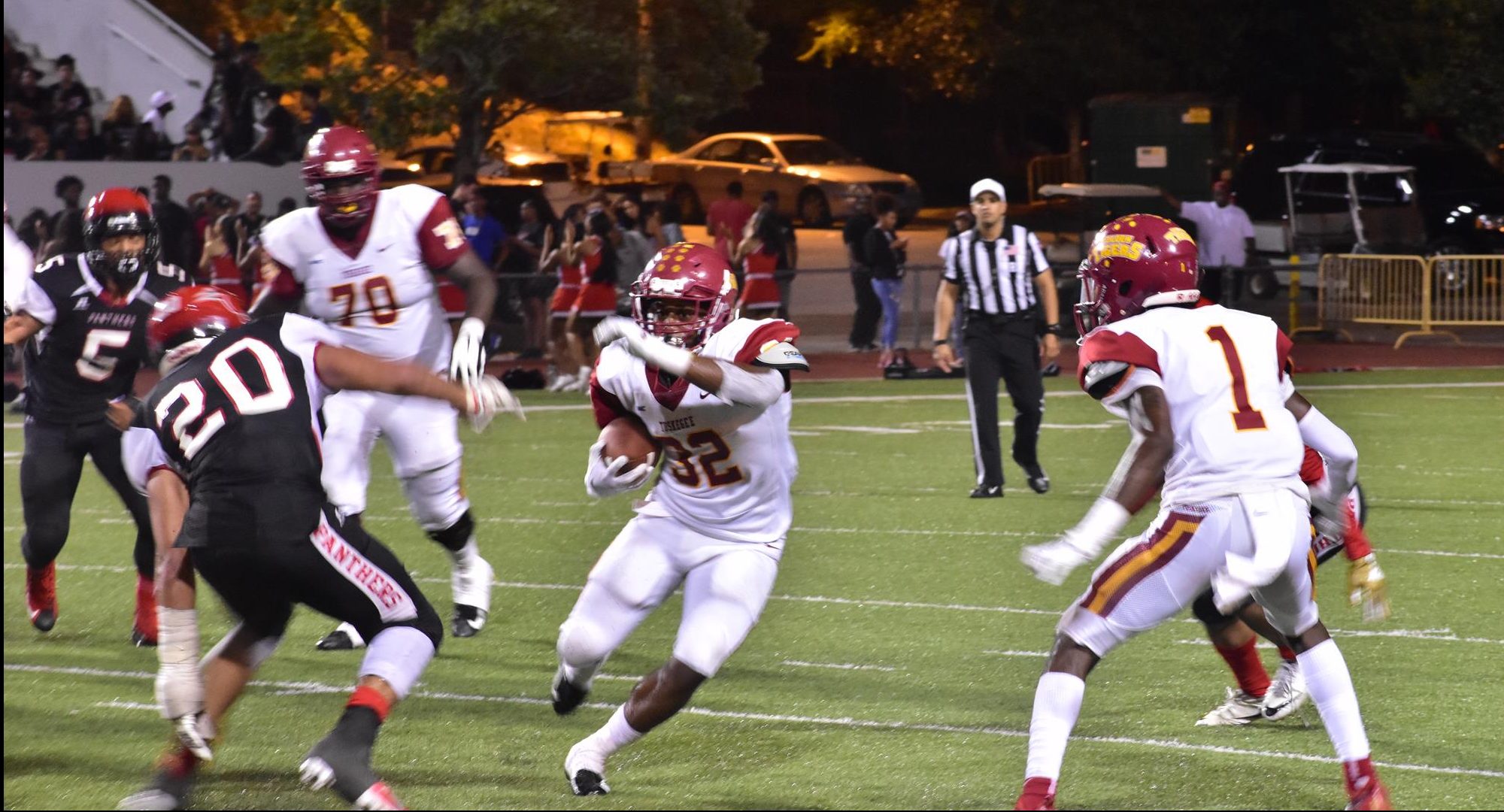 ‘Skegee pulls off comeback in Atlanta

Clark Atlanta had Tuskegee down twice but couldn’t hold off a comeback led by ‘Skegee’s backup QB.

Tuskegee found itself on the ropes against Clark Atlanta, but a fourth-quarter surge yielded another win for the golden boys from Alabama.

TU trailed by a touchdown at the start of the fourth quarter but two scores turned that deficit into a 24-17 win over CAU for the defending SIAC champs.

The fourth quarter scores came courtesy of backup Ahmad Deramus, who got the start in place of the injured Jamarcus Ezell. A broken collarbone has Ezell sidelined, there is no timetable for his return. Deramus hit Javarrius Cheatham for a three-yard score early in the quarter and then connected with Peyton Ramzy for a 55-yard strike for the go-ahead score with 8:16 remaining to seal the deal.

Go ahead TD by @MyTUAthletics to make it 24-17 with 8mins to go over @caupanthers pic.twitter.com/kYrSdFNPQL

Deramus was solid in place of Ezell, completing 10 of 17 passes for 209 yards and three touchdowns. Two of those went to Cheatham who caught five passes for 105 yards.

CAU falls to 0-3 on the season while Tuskegee improves to 2-1 as it prepares to take on Missouri S&T next week.

‘Skegee pulls off comeback in Atlanta