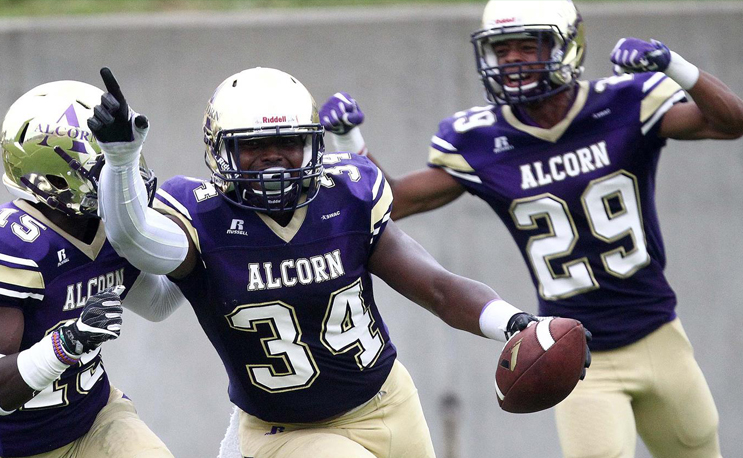 Alcorn State put it on Texas Southern in the first half and then coasted to a win.

LORMAN, Miss. – A 27-0 halftime lead for the Alcorn State University football program was too much for Texas Southern to overcome Saturday as the Braves won 27-15 in a non-conference match at Jack Spinks-Marino Casem Stadium.

The Braves (2-1) scored on their first two possessions of the game to take control early. They got it started with a 1-yard touchdown run by senior Noah Johnson, and then he connected with junior Raidarious Anderson for an 8-yard touchdown to go up 14-0.

Alcorn scored two more times in the second quarter. The scoring plays were a 1-yard rush by senior P.J. Simmons and a 28-yard pass to junior Chris Blair to lead 27-0 after a blocked extra point.

Johnson was 22-for-33 in the air for 311 yards and two touchdown passes. He also rushed for a game-high 74 yards and a touchdown.

On the other side of the ball, junior Javen Morrison shined with two interceptions. Senior Myshawn Smith led the team with six tackles. The Braves sacked TSU quarterback Glen Cuiellette five times.

Cuiellette was 24-for-45 throwing with two touchdowns and 292 yards. Both of his touchdown passes were to Bobby Hartzog who hauled in 103 yards.

On the opening series of the game, Johnson completed a 45-yard pass to Anderson to quickly move into TSU territory. Johnson then rushed for 12 yards, and Simmons followed with an 18-yard spurt to move into the redzone. The Braves inched their way to the goal line, and Johnson finished it off with a 1-yard dive on third down.

The Braves started with good field position at its own 48-yard line midway through the second quarter. Johnson aired it out to Anderson for a big 48-yard completion which set up first-and-goal. Simmons capped the drive with a 4-yard drive to go up 21-0 at the 5:49 mark.

Alcorn regained possession on an interception by Morrison who returned it for a touchdown, but was brought back to the Alcorn 46-yard line after a penalty. Alcorn’s first play was a 26-yard pass to Anderson, which followed by a 28-yard touchdown to Blair to make it 27-0.