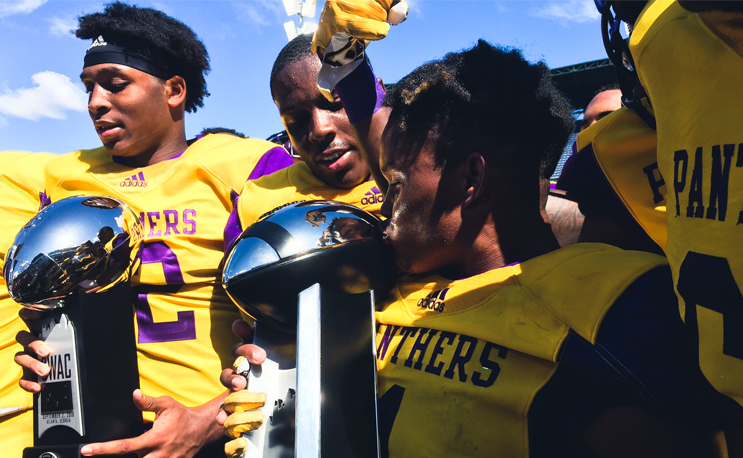 After a near-miss against Rice and a big win over North Carolina Central, Prairie View faces a big challenge.

Prairie View almost pulled the upset over then 3rd ranked Sam Houston State at home last season but couldn’t close the deal. Now the Panthers take their show on the road to face the Bearkats.

Prairie View has looked very impressive over their first two games with a near upset of FBS Rice and a solid win over North Carolina Central. Now here comes SHS who is ranked 4th in FCS and is coming off of a Southland Conference title a year ago and a trip to the FCS Playoff Semifinal appearance. This will be the opening game for the Bearkats which is scary considering that this will be Prairie View’s third game and the Panthers have improved every week.

Thundercats On The Move

Quarterback Jalen Morton has done a solid job so far as he has thrown five touchdown passes, including two against NCCU. The breakout player for PV right now is Dawonya Tucker who rushed for 267 yards against NC Central. He has definitely impressed his new head coach, Eric Dooley.

I was real pleased with the way Dwonya came out. I thought he played to the end of the whistle every snap,” Dooley said on Monday.  “He played like he trains, so I wouldn’t expect anything less. I’m excited for that young man he’s got to continue to just grow within this offense and become the player that we think he can be.”

Prairie View is downright explosive offensively but it’s the defense that has improved tremendously. Speaking of defense, the Bearkats don’t play much of it. The knock on Sam Houston has been their defense which game up 30.42 points per game a year ago.  Last year Prairie View outgained Sam Houston State 499-412 and ran for 334 yards on this Sam Houston State defense. Turnovers and penalties cost Prairie View the upset bid a year ago but this PV team is more discipline and physical than they were a year ago.

“It’s a challenge that we will accept and we just to step up and play and know that we’re going to have to play mistake-free football,” Dooley said.

We’ve been seeing the #DooleyEra hashtag all over social media this summer but if Prairie View pulls the upset on Saturday night get ready for the #DooleyEra to go viral.