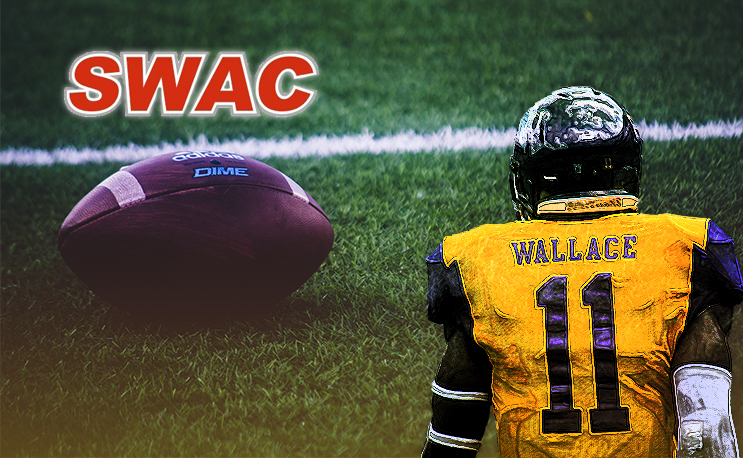 SWAC teams have a tough road ahead of them in Week Two.

Welcome to Week Two of the college football season and we go into the second week of action with a few questions answered and a few mysteries still looming. Now we come into Week Two with a full slate of games and teams still working out the kinks as they prepare for potential runs for a conference title and Celebration Bowl berths. Let’s take a look at the matchups around the SWAC this week.

North Alabama at Alabama A&M, Saturday September 8th Huntsville, Al 6:00 pm
Alabama A&M started the 2018 season with an impressive 37-0 over Miles College, giving new Head Coach Connell Maynor his first win as a Bulldog. The Bulldogs looked very effective offensively racking up 426 total yards which is good news for a team who struggled to move the ball a year ago.

Sophomore quarterback Aqeel Glass passed for 185 yards and two touchdowns and was able to add another 40 yards on the ground. Defensively, the Bulldogs limited the Bears to 116 yards of total offense and a goose egg on the scoreboard. Now the competition ramps up as an old time rival comes to pay a visit. North Alabama went on the road a week ago an upset Southern Utah 34-30 in the Lions debut as a Division 1 member.

UNA Quarterback Christian Lopez put on a show a week ago with 350 yards passing, 105 yards on the ground and four total touchdowns. The Lions explosive offense promises to be a nice test for the Bulldog defense but the key to the game will be who can establish the run. Alabama A&M and North Alabama played every year except one from 1975-1997 and this is their first matchup in 21 years since AAMU moved up to Division I. The two schools are only about 60 miles apart so Saturday night promises to be electric on The Hill.

If you’re an ASU fan you are glad to have that Tuskegee monkey off of your back. A week ago the Hornets beat Tuskegee for only the sixth time in the last 21 meetings. Joy and jubilation will have to be put on hold this weekend as Alabama State visits the #7 ranked team in the nation in Auburn. ASU will take the 54 mile trip down I-85 to meet the Tigers in a matchup that folks in the region have been talking about since it was announced a few years back.

The key to this game for Alabama State is to keep improving and avoid injuries. A week ago the Hornets looked a lot better offensively as they racked up nearly 300 yards of total offense a year ago and discovered a few offensive weapons in running back Ezra Gray and receiver Tyrek Allen. Quarterback Darryl Pearson Jr. showed a bit of improvement going 15-for-24 for 164 yards passing, a touchdown and no interceptions. I wouldn’t take too much from this contest but the key things to watch in this contest will be how well Alabama State defends an Auburn run game that struggled a week ago, and if the Hornets can keep the injury list clean!

The Braves return home after a 41-0 loss to FBS Georgia Tech. The Braves surrendered 543 yards of total offense and 439 yards rushing to Georgia Tech’s triple option attack. The Braves just couldn’t get in rhythm with only 146 yards of total offense and 10 first downs. Quarterback Noah Johnson connected on 10 of 15 pass attempts but only had 51 yards through the air. PJ Simmons added 47 yards on the ground on 10 carries while Noah Johnson added another 21 yards on the ground. The Braves now welcome DIII Louisiana College who will play their first game of the 2018 season. The Wildcats of Louisiana College were 3-7 a year ago and the last time they visited Alcorn they lost 52-10 back in 2014. The Braves must find some weapons in the passing game which was something they didn’t do a week ago. Alcorn shouldn’t have any problems with Louisiana College but as they say “that’s why we play the game.”

Mississippi Valley started 2018 with a loss at North Dakota but looked much improved under first year head man Vincent Dancy. Quarterback Christopher Fowler passed for 263 yards and a touchdown a week ago and his favorite target was Steven McIntosh who lit up North Dakota with seven catches for 103 yards. The passing game looked pretty good for Valley but the area of opportunity would be the run game. The Devils ran for a negative 27 yards on 26 carries and averaged a negative 1 yard per attempt. This has to improve if the upset minded Devils are to compete with Jacksonville State.
This game will be the home opener for the Gamecocks after they lost to reigning HBCU National Champions North Carolina A&T down in Montgomery 2 weeks ago. The Gamecocks are led by one of the best defensive front sevens in FCS football and a dynamic quarterback in Clemson transfer Zerrick Cooper. The Gamecock defense limited an explosive A&T offense to only 148 total yards two weeks ago and only 13 first downs. This game will be a tremendous test for Coach Dancy and his Delta Devils as they try to change the culture at Mississippi Valley.

UAPB was upset at home a week ago by a red hot Morehouse squad that ran for 307 yards and ranked up 569 total yards on the UAPB defense. If you’re a Golden Lion this was NOT the way you wanted to start then 2018 season. The Lions now welcome in NAIA Cumberland who is more than capable of beating UAPB. In recent years, UAPB have lost to NAIA Oklahoma State Panhandle, D2 Central State, and now D2 Morehouse. The Lions need to start quick on Saturday night to get rid of any Cumberland thoughts of an upset.

UAPB did have bright spots offensively a week ago as quarterback Shannon Patrick passed for 451 yards and 3 touchdowns. Running back Taeyler Porter added 109 yards and a touchdown on the ground while receiver Josh Wilkes had a career day with 7 catches for 244 yards and 2 touchdowns. The Phoenix of Cumberland brings an explosive offense that’s capable of putting up a lot of points and yardage. The Phoenix currently sit 1-1 after a win against Union College a week ago.

Despite several weather delays the Tigers were able to get win no. 1 of the 2018 season with a win over D2 Texas Permian-Basin. The Tigers may have found a quarterback in Tulane transfer Glen Cuiellette who was 19 of 33 for 235 yards and three touchdowns. Cuiellette did throw two interceptions on but he won’t have to shoulder the load if the TSU running backs can continue to run the way they did a week ago, Brad Woodard leading the way with 74 yards on the ground on 16 carries.

Defensively the Tigers did give up 182 yards on the ground but they were able to limit Texas Permian-Basin to only 16 points with 14 of those being score in the 4th quarter after a weather delay. The Tigers hit the road to play in-state FBS opponent Texas State who has had their own struggles recently. The Bobcats are only 4-21 since 2016 and are coming off of a 35-7 loss to Rutgers. As bad as the Bobcats have been they have yet to lose to an FCS opponent and to be honest it would be a shock if this trend ends on Saturday night.

For the second week in a row the Jaguars will visit an FBS opponent. After a 55-7 loss to nationally ranked TCU, Southern returns to the state to face off against LaTech. The Jaguars had opportunities early a week ago but dropped passes and untimely penalties ended all hopes of that. The Jags go into Ruston hoping for a better showing than the 62-15 effort that they displayed during their last visit.

Southern showed flashes a week ago and it won’t be facing off against a team not as talented as TCU. We should see more promise from the Jags. The Bulldogs are coming off of a 30-26 win over South Alabama on the road in a tough fought battle. How the young players compete for Southern will be key. A win for Southern in this one would be to compete well and avoid any major injures.

Both teams come into this contest with a lot of question marks after losing games against FBS foes a week ago. Grambling could only muster 17 points vs ULL a week ago but did manage 306 yards of total offense against the Cajuns. Quarterbacks Geremy Hickbottom and Aldon Clark combined to go 16 of 29 for 159 yards passing but had no passing touchdowns. Hickbottom and Clark added 93 yards on the ground combined which helped a Grambling running game that struggled a week ago.

Defensively the Tigers couldn’t stop the run or pass giving up 556 yards of offense to the Cajuns. A year ago the G-Men beat Northwestern State 23-10 at home but going on the road to face the Demons will provide a different challenge. The Demons struggled to run the ball against Texas A&M a week ago but their two headed duo at quarterback passed for 230 yards, 1 touchdown and 0 interceptions. The NSU defense isn’t exactly the strongest in the world but their offense can be explosive which will provide a nice test for the two-time defending SWAC Champs.