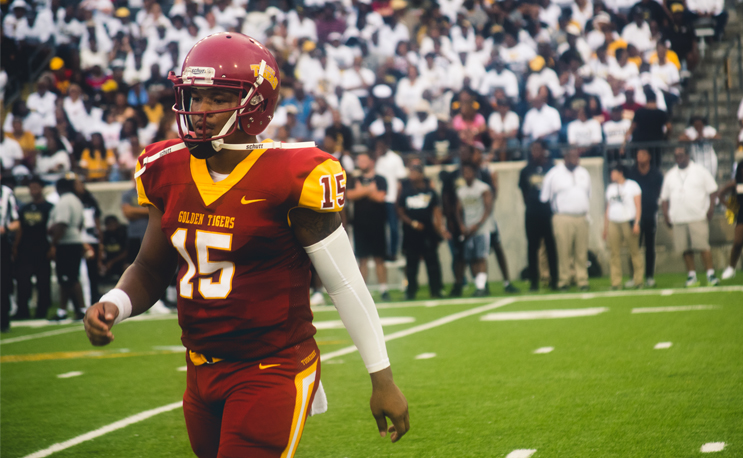 Teams that shouldn’t overreact to Week One losses

Losing in Week One stinks but these HBCU programs shouldn’t get too down on themselves.

Week One of the 2018 college football regular season is now in the books. At this point everyone (besides the schools who participated in Week Zero) is either winless or unbeaten. Of course one game doesn’t make or break a season, so here are a few teams that shouldn’t be too down about Week One defeats.

The Golden Tigers missed a golden opportunity to get yet another win over its Division I rival. Up until the midway point of the fourth quarter, ‘Skegee was in control of the game over Alabama State and only lost because it simply self-imploded with turnovers and penalties that cost itself points and ultimately the game. Still, the offense was able to run at will on ASU most of the night and quarterback Jamarcus Ezell appears to have improved on his accuracy and ball placement from last year.

Any team that played an FBS game

Of course, A&T’s win over East Carolina is the talk of HBCU football right now, but most Money Games vs. FBS opponents only resulted in checks and not wins. Howard nearly made Ohio pay them to beat them, but fell short despite a valiant effort. Newton appears to be more confident as a passer heading into his sophomore season and that could spell trouble for the MEAC.

Amir Hall picked right back up where he left off in 2017. Our defending national player of the year put up over 400 yards of total offense against Wagner in his team’s 40-24 loss to the FCS team. That doesn’t bode well for D2 and the CIAA. The next two weeks will be crucial as BSU hopes to show it can win non-conference games on the road before heading back to CIAA play.

Okay, no question about it: Saturday was bad. BCU has been a trendy pick as a MEAC contender this offseason but it dodn’t look like it during the 34-3 beatdown Tennessee State issued. BCU was outclassed in just about every offensive stat, so there is plenty of work to do. But expect the team to work out the kinks against an overmatched Virginia University of Lynchburg in Week Two and start looking like the team we expected to show up in September.

Teams that shouldn’t overreact to Week One losses