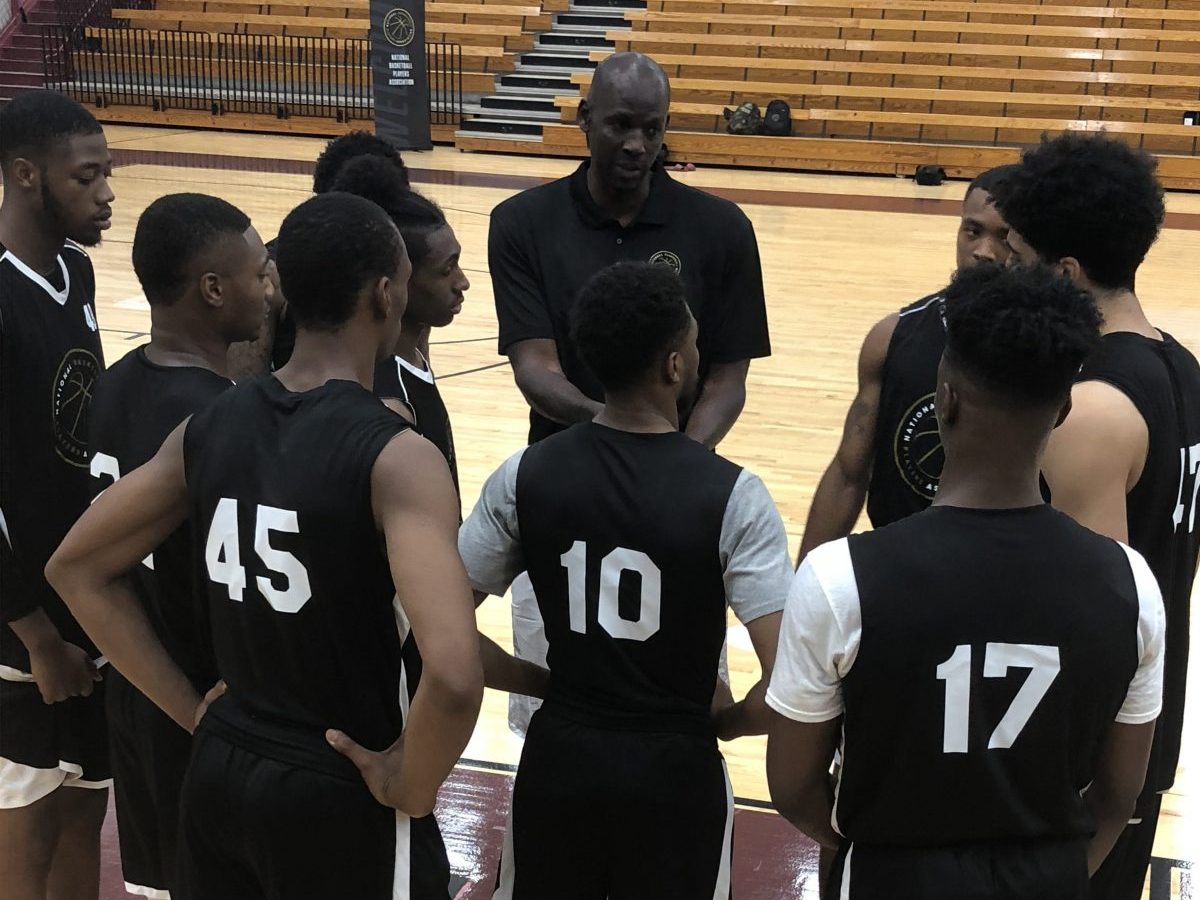 The best of the SIAC and SWAC go head to head.

ATLANTA–Fifty of the best players from the SWAC and SIAC were in Atlanta for the second year of the NBPA Top 50 camp. There were some fresh faces and returning players getting together for two days of high energy hoops.

The camp is run by the National Basketball Players Association in conjunction with the SWAC and the SIAC. Players receive coaching and career advice for two days from NBA personnel and former players.

Longtime NBA veteran Grant Long was coaching one of the teams on Saturday. He considers basketball one giant fraternity.

“It doesn’t have to be an NBA level. You can play college, D2, D1, Juco. If you are playing this game, it’s a given that you understand the commitment and sacrifice that you have to make. So I’m willing to pass along any knowledge that I have. It’s a great thing to get these guys together,” Long said.

As a spectator for Saturday’s scrimmages, it was unique to watch players who dominate games regularly look like just one of the guys. There was no clear-cut line of delineation between the DI and DII players either. All players carried the same level of skill and competence out on the court.

Other former NBA players who were involved in this year’s camp included: Gerald and Damien Wilkins, Purvis Short, Ricky Davis and Shawn Respert.

Long said that while most of these players won’t make it to the NBA he did see a lot of potential for professional careers elsewhere. Former Morehouse star Tyrius Walker was in the gym on Saturday although he wasn’t participating. He played in last year’s camp and gained a roster spot on the New York Knicks summer league roster. Walker scored 16 points in his final game with the Knicks this summer.

The talent is there and hopefully, the exposure and relationships built at the NBPA camp will create more opportunities for HBCU ballplayers.