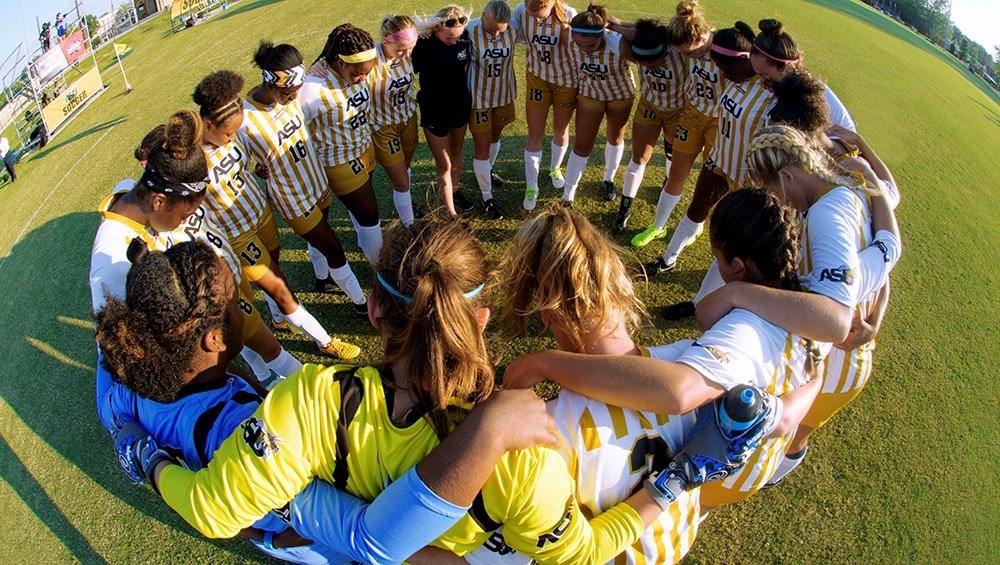 BIRMINGHAM, Ala. – Kaylee Holt of Grambling State, Mercedes Padilla of Alabama State and Gianna Guyot also of Alabama State have been named the Southwestern Athletic Conference individual award winners as the league announced its 2018 preseason soccer honors on Tuesday.  The honors were voted on by the conference’s head coaches and sports information directors.

Holt was named the Preseason Offensive Player of the Year.   Holt totaled nine goals while racking up four assists, totaling 22 points for the Lady Tigers in 2017.

Padilla was named the Preseason Defensive Player of the Year.  Padilla helped lead a Lady Hornets back line that ranked first in goals against average in conference play last season.  Alabama State totaled a 0.70 GAA as a team during the 2017 campaign.  The Lady Hornets also allowed the fewest goals in conference play, letting just seven shots find the back of the net.

Guyot was voted as the Preseason Goalkeeper of the Year.  Guyot led the league in goals-against average in conference matches (.067) and save percentage (.875) during the 2017 season.  Guyot also ranked tied for sixth in total saves in conference play, stopping 42 shots a season ago.

The individual honors, All-SWAC teams and predicted order of finish are below: