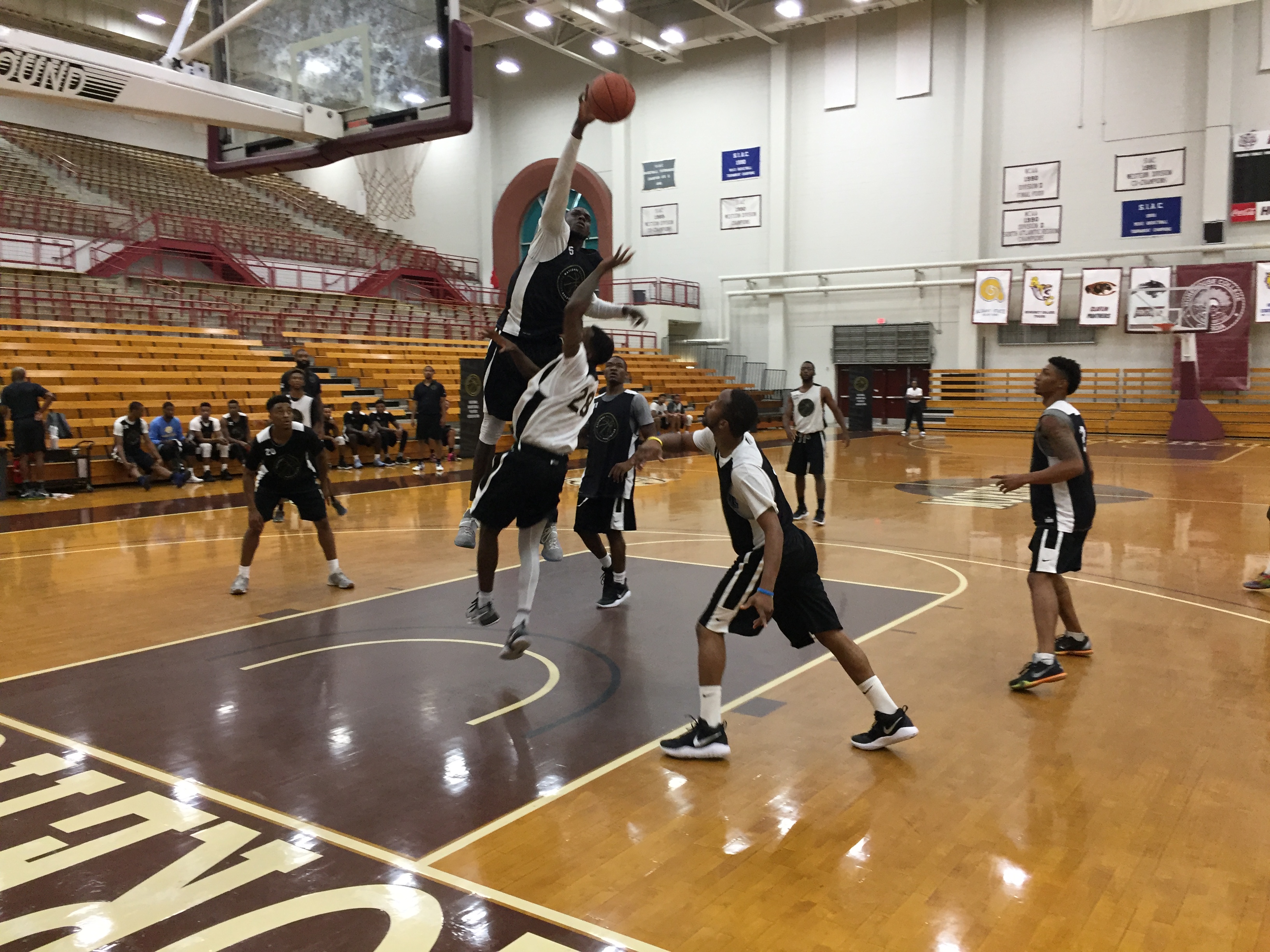 With July slowly roasting us into August the thought of roaring stadiums and scrumptious tailgate burgers is inching closer and closer.  However basketball and its promise of air conditioning and eternal shade was the headliner in Atlanta this weekend.

The National Basketball Players Association partnered with the SIAC and the SWAC for the inaugural Top 50 basketball camp at Morehouse college. During the two-day camp, 50 players from both conferences participated in on court drills and scrimmages, being coached by current and retired NBA players. Off the court activities included leadership and life skills development sessions.

“I actually think it is a good camp because we are learning from pros that have been where we are trying to go,” said Morehouse student-athlete Martravious Little. “The way that the NBPA coaches have been stressing defense is going to help us and our teams get better.”

Kyle O’Quinn the former Norfolk State Spartan and current New York Knick was a big part of the weekend.  Not only did he help with skill development but he was able to personally share his journey of going from an HBCU to the NBA with this current crop of players.

“Coming from an HBCU the odds are against you, simply because the conferences are so small, but if you can play they’ll find you,” said O’Quinn.  “Me just being here it’s bringing me back to my college days. I can remember being one of these guys, just out here trying to get noticed by somebody.”

Camp director Shawn Respert has been around basketball all his life but admittedly hasn’t spent much time at HBCUs in the past.  The former first round pick out of Michigan State in 1995 did like what he saw after a couple of days at Morehouse with these kids.

“I was very surprised. As the director I spent a lot of time looking at basketball on two different courts that we had so I really didn’t get to focus until today.  There are really, probably five or six guys that I think in my professional opinion have an opportunity to be invited to some minicamps and see if they can hang in there with guys who have proven they are at a professional basketball level,” said Respert.

Tuskegee’s leading scorer James Eads was excited to be a part of the camp and the opportunity to play against division one talent.

“I was really excited because we don’t get a chance to play them.  So we got a chance to show that we can play with them.”

The first year of anything allows you the opportunity to see if you hit the mark with the goals that you set.  No matter how the camp might evolve moving forward it’s clear one thing will remain consistent.  That’s the participation of O’Quinn.

“This camp is amazing and I’ll be a part of it every year if they have me.”