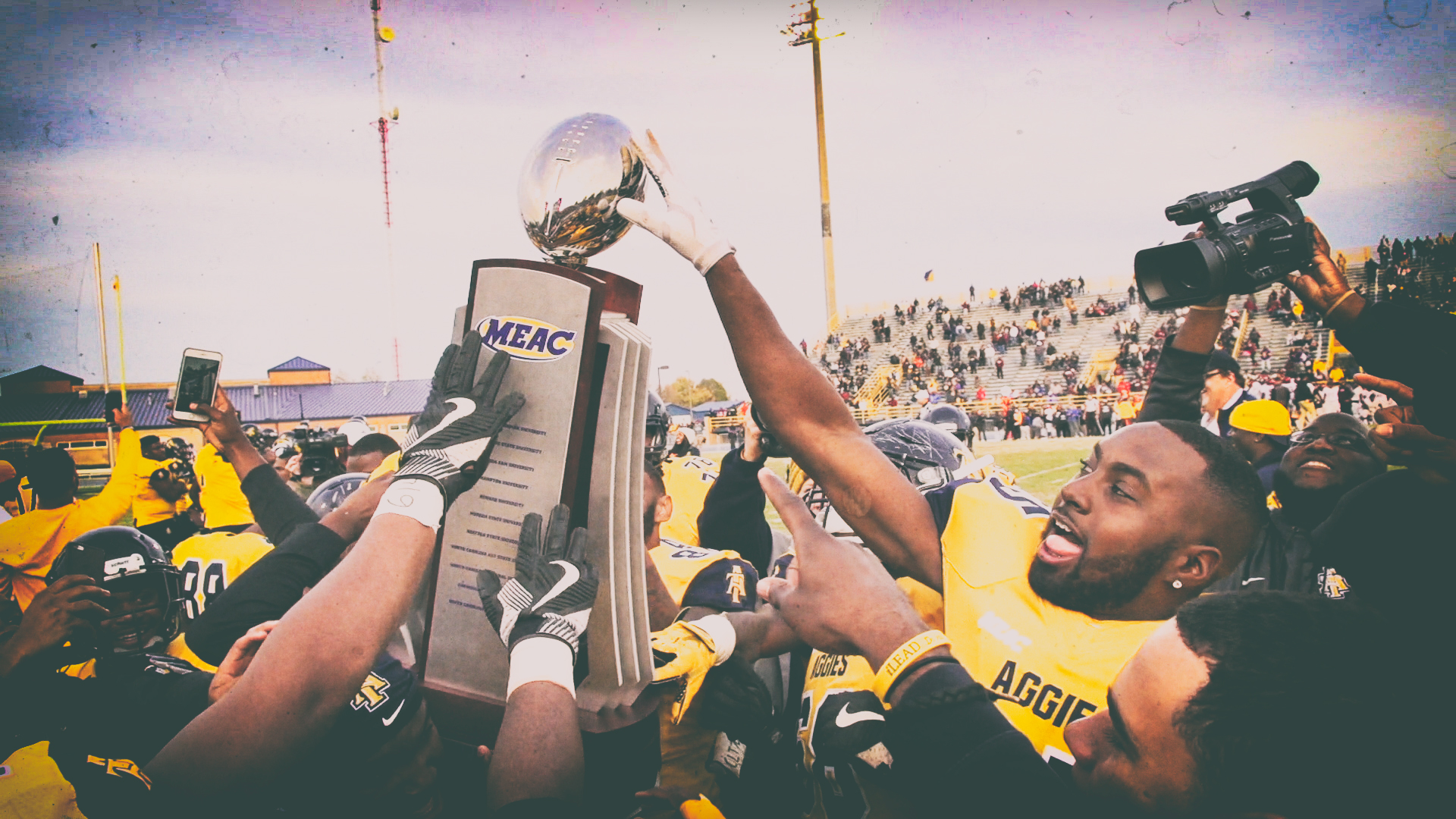 Yes, North Carolina A&T is coming off a 12-0 season in 2017, but it still has a few questions to find answers to as camp starts in Greensboro on Monday.

The 2017 season started out with questions of whether A&T could replace Tarik Cohen and challenge for the MEAC title, and ended in a 12-0 season and an HBCU national title. As the program prepares to break camp for 2018, here are five questions on our minds.

Law no. 41 of the “48 Laws of Power”: “Avoid stepping into a great man’s shoes.” That’s just what A&T’s new head coach Sam Washington will do this fall as he assumes the role left behind by his long-time colleague Rod Broadway. Broadway turned A&T from a national joke into a nationally recognized program after arriving in 2011, and while Washington was a big part of that, he’s now sitting at the head of the table. He will be thrown immediately into the fire to start the season as A&T will face tough road games against FCS national title contender Jacksonville State and FBS East Carolina in his first two games.

How will A&T replace Brandon Parker?

A&T has a lot of offensive firepower returning, including quarterback Lamar Raynard, running back Marquell Cartwright and receiver Elijah Bell, but it also has a big hole up front. Brandon Parker is now in Oakland with the Raiders, leaving a big shadow (literally and figuratively) at the left tackle position. A&T has shown its ability re-stock and reload over the years, but Parker won’t be as easy to replace at this level. Not only did he open up holes for Cartwright (and Tarik Cohen before that) he also gave Raynard edge protection that helped him put up the kind of numbers he did. There is likely to be some dropoff, but just how much remains to be seen.

Will the offense drop off with the loss of Chip Hester?

Broadway won’t be the only familiar face not on the sideline for the Aggies in 2018. Offensive coordinator Chip Hester left the program in June to start football at Barton College in 2020. Hester, a former head coach at Catawba, helped evolve the program into a more well-rounded offensive philosophy. Replacing his playcalling ability will be crucial to another conference title and shot at the Celebration Bowl.

Can Raynard play himself into a 2019 NFL Draft spot

The redshirt senior from High Point is coming off a remarkable 2017 campaign in which he not only led the team to a 12-0 season, but also set pretty much every single-season passing record and solidifying himself as the top passer in the program’s history with a year to spare. A&T has had draft picks in back-to-back years with Cohen (2017) and Parker (2018), but Raynard getting drafted would be a real feather in the program’s cap as no HBCU quarterback has been drafted since Tavarius Jackson of Alabama State in 2006 and no MEAC quarterback has been picked since FAMU’s JaJuan Seider in 2000. Another MEAC title and Celebration Bowl win, coupled with another great season could get the 6’4, 195-pound quarterback a solid look.

Will Chad Johnson get a chance to work out with the Aggies?

Ok so it’s the least important question here, but the former NFL All-Pro did mention via twitter he’d love to work out with the team while he’s in town on Tuesday for his daughter’s USATF track meet, which will take place on A&T’s campus. Johnson recently worked out with former Grambling star and Arizona Cardinals receiver Chad Johnson, and he’s a big supporter of Florida A&M, so we know he’s got HBCU love. Hopefully he’ll get a chance to spend some time with the players, particularly Bell, who kind of reminds you of a younger version of Johnson with the Cincinnati Bengals.

Tell y’all DB’s i got my cleats so anybody can get this work in bump-n-run all week https://t.co/tXpnI94pnQ