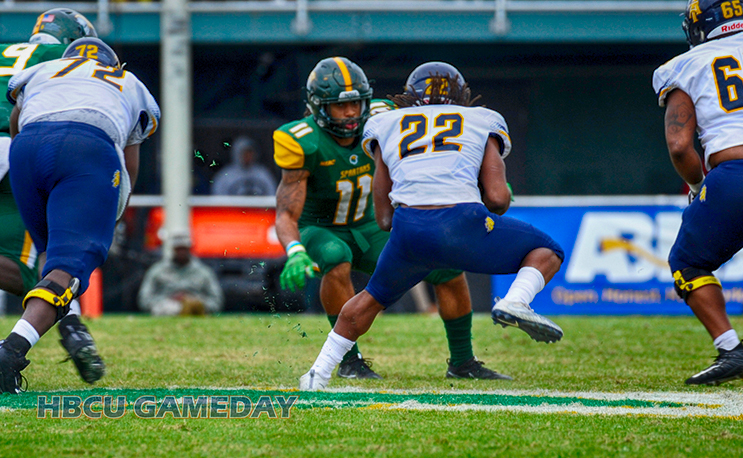 North Carolina A&T loses its offensive coordinator to a D2 head coaching gig. Who will take over?

Rod Broadway won’t be the only key coach not returning to the sidelines for North Carolina A&T.

Offensive coordinator Chip Hester will leave his post at A&T to take over the Barton College football program. The school is reviving football and will start playing at the Division II level in 2020.

Hester’s offenses won two MEAC titles (2015 and 2017), and broke numerous records during his tenure at A&T after he assumed the OC job. Under his tutelage, Tarik Cohen rushed for better than 3,000 yards over his last two years and quarterback Lamar Raynard set pretty much every single season passing record in school history last season.

But the lure of being head coach was too much for Hester to give up. Before coming to A&T to coach receivers in 2014, he coached at Catawba for 11 years. He won 70 games and multiple Division II playoff appearances.

Whoever is in charge of the Aggies offense will have several big weapons in Raynard as well as running back Marquell Cartwright and big-play receiver Elijah Bell. Though a first-time head coach, Washington has been around quite a bit, so he may have someone in his rolodex to come to Greensboro from the outside.