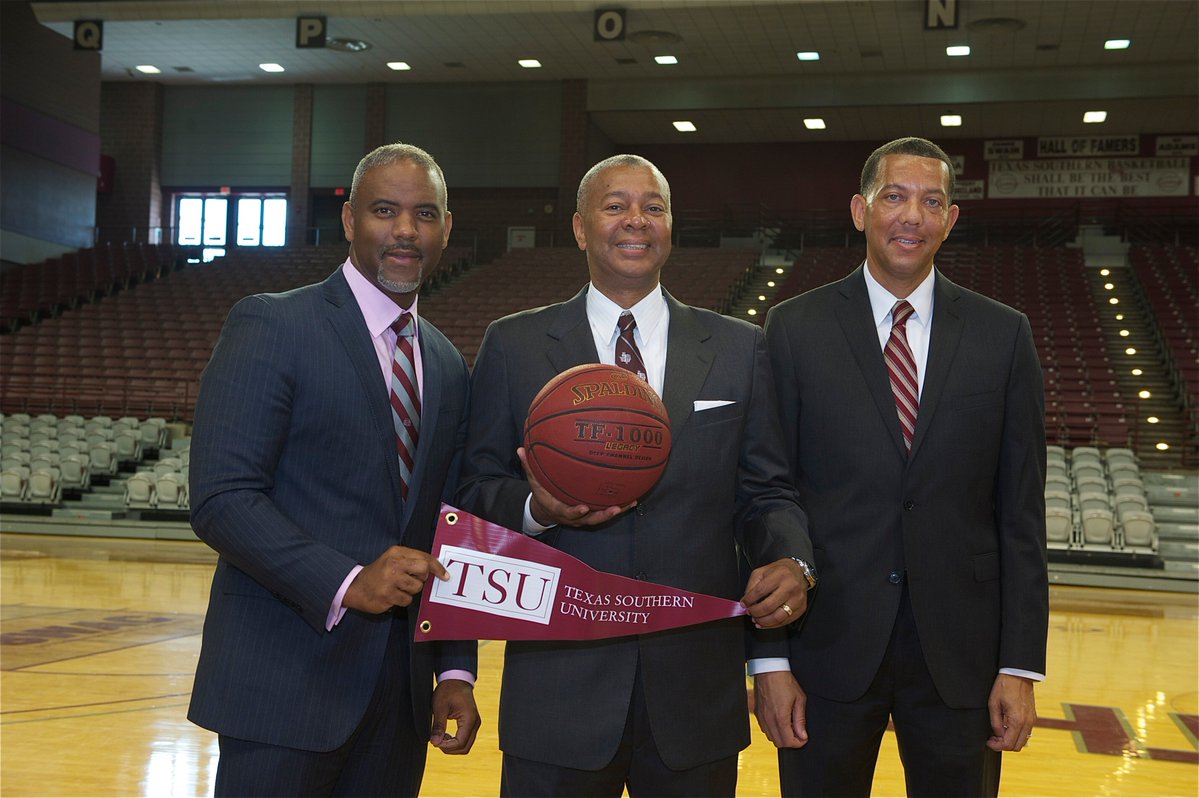 It wasn’t a secret, just a mere formality. Johnny Jones was introduced on Wednesday as the new men’s basketball coach at Texas Southern University.

I’m thrilled to accept the reins today as the new Head Basketball Coach @TXSOTigers!
Excited to lead a program with a solid foundation and great administration.
Buckle up Houston and let’s enjoy the ride. #BLESSED#GOTIGERS pic.twitter.com/nvUCPS4lUB

Winning the press conference feels good but doesn’t necessarily translate to wins. However, Jones did get a smattering of applause when he hinted that the Tigers might not open the season with a two-month road schedule. Previous coach Mike Davis was famous for massive road trips against top caliber opponents to start the season.

“We will play a demanding schedule; but, at the same time, we are going to certainly have some balance in our schedule and make sure that we get some home games our fans can certainly enjoy prior to conference play,” Jones said.

Johnny Jones (@CoachJohnnyJ12) on his scheduling philosophy as @TXSOTigers men's hoops head coach: "We will play a demanding schedule; but, at the same time, we are going to certainly have some balance in our schedule and make sure our fans can enjoy prior to conference play…" pic.twitter.com/XT1t1LmOZK

Jones gives Texas Southern a former coach from a Power Five conference, as they had in Davis. Jones coached at LSU, while Davis previously coached at Indiana. Those experiences come with connections and none bigger than Shaquille O’Neal. The former LSU star tweeted his congratulations to Jones on Wednesday.

There’s a feather in the cap for the Tigers but you still have to play the game. Shaq will not be suiting up this fall. The players Jones will recruit, however, could very well be in his backyard. Jones has strong connections in Texas and Louisiana and says that’s where he will start.

New @TXSOTigers men's hoops coach, Johnny Jones (@CoachJohnnyJ12): "We need buy-in from our fanbase. We want ownership from our fanbase because we feel like if they've got ownership, then, the investment is going to be so much better in terms of what we're doing." #TigerNation pic.twitter.com/dvTZ087U4u

Dr. Charles McClelland, the VP of Athletics at Texas Southern says more than 80 people applied for the job. Taken at his word there were some high caliber applicants who didn’t make the cut.

“We had about three former head coaches who had NBA head coaching experience,” McClelland said.

He also stated that several former power five head coaches submitted their resumes. The athletic director cited Jones’ 58 percent winning percentage and his ability to turn around programs at North Texas and LSU as contributing factors to his hire.

.@TXSOTigers VP/athletics Dr. Charles McClelland on the process that led him to hiring Johnny Jones. pic.twitter.com/fIOLjLgU8k

This is the second stop in the Lone Star State for Jones. Before taking the LSU job, he was the head coach for 11 seasons at North Texas, where he was 190-146 overall and took the Mean Green to two NCAA Tournaments. To see the press conference in its entirety you can watch it at the link below.