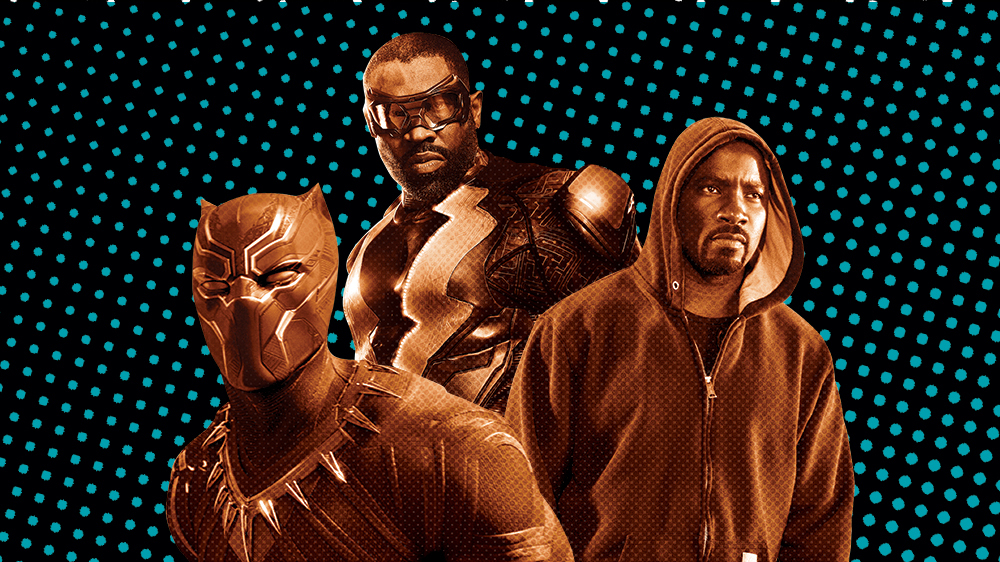 Spoiler free discussion about Black Superheroes and their antagonists.

This week’s podcast, episode 68 for those keeping track, started with sports but quickly evolved into cultural matters. Before we dish any further, make sure you subscribe to the podcast right here.  If you prefer TuneIn click here.

Two-thirds of our staff has dived in and finished season two of Luke Cage on Netflix. The unexpected curve in this conversation is that Wali Pitt totally has a problem with black superheroes exclusively facing black supervillains in shows like Luke Cage, Black Panther, and Black Lightning. Tolly Carr loves the development of complicated black villains and Steve is on the fence. Listen and let us know your thoughts.

In a failed attempt to discuss the BET Awards, none of us watched it, we ended up tossing around the question of, “Is it better to be punched or slapped?” This stemmed from a parking lot confrontation at the BET Awards where Nipsey Hussle apparently slapped another man outside. (That was the only thing Wali saw) For the record, the right answer is not fighting at all, but hypothetically if that was the conundrum you found yourself in.

Then, of course, we did talk sports, that’s kind of our main gig and all.  Texas Southern named Johnny Jones as its new basketball coach and a former North Carolina A&T player made some waves with comments he made. You can hear the podcast in its entirety on Soundcloud.