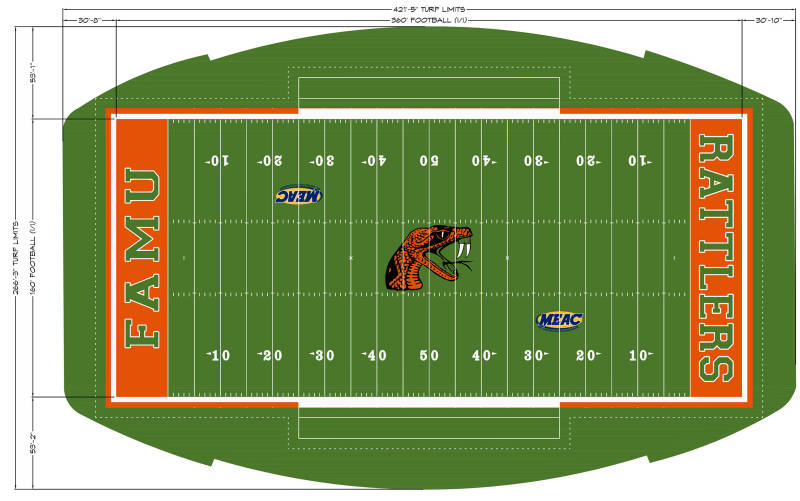 Snake in the grass no longer applies.

TALLAHASSEE, Fla. (June 26) – The Florida A&M Department of Athletics announced today that it is installing Astroturf in Bragg Memorial Stadium.  The process has begun and it will be installed in time for the Sept. 1 opener against Ft. Valley State.

The turf that is being installed in Bragg Stadium is currently installed at Boston College, Oklahoma State and Camping World Stadium in Orlando, to name a few venues.

Named after: Father and son team of J.B. “Jubie” and Eugene Bragg (Considered the fathers of Rattler Football)

Eugene Bragg coached the Rattlers during the early 1930s and 1940s.