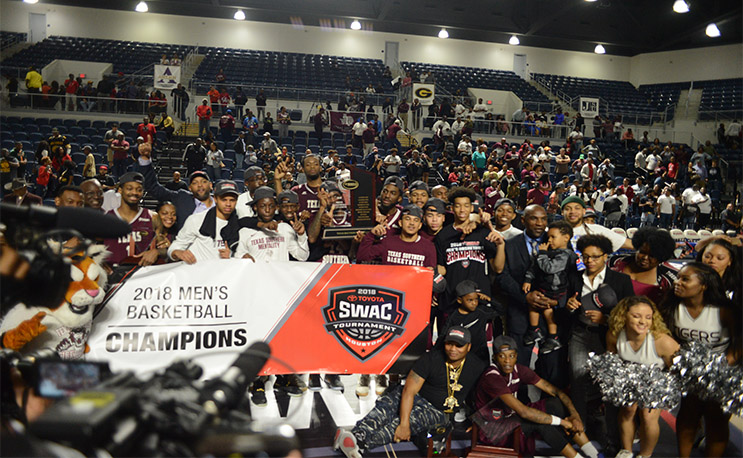 Texas Southern had a historic and tumultuous 2017-2018 season.

The Tigers got off to a great start going 3-0 in the conference, before losing two straight on the road at Grambling and Jackson State. The Tigers would eventually have their  27 home game winning streak snapped by UAPB and would play without several key players due to injuries, life events and suspensions.  However, Texas Southern was able to regain their composure and pull off another SWAC Tournament Championship. TSU finished with 16 wins and won its first NCAA tournament game against fellow HBCU power North Carolina Central.

After the departure of highly-successful coach Mike Davis TSU acquired the services of former LSU head coach  Johnny Jones.. The Tigers also lost their leading scorer in Trae Jefferson, whose scholarship was not renewed.

TxSU will open the 2018-2019 season on Nov. 6 with a trip to Waco, as they will face Baylor. For the first time since the 2014-15 season, the Tigers will host a non-conference home game when they play Huston-Tillotson on Nov. 29.  The defending SWAC champions will open conference play with a trip to “the reservation” to face Alcorn State on Jan. 9.

Three most likely games for a TSU upset

Iowa State- Why Iowa State? Well it’s Iowa State and they aren’t known for their prowess on the basketball court. The Cyclones only won 13 games last season. Iowa State has two of their top three scorers returning in Lindell Winnington and Donovan Jackson. Unfortunately for the Cyclones, the tandem were also in the team’s top four in turnovers last season. If the Tigers can capitalize on some Cyclones mistakes they could pull off the upset.

TxSU gave Oregon a late game scare last season. Oregon came away with a 74-68 victory.  This year, the Ducks will have five freshman and two seniors. Now in the one and done era that doesn’t mean much but I like the Tigers chances. If TSU can absorb some blows from Oregon and keep it close they’ll have a chance. It won hurt that the Tigers will come into the game with a 8 day layoff.

Tulane won 14 games last season, two of them against SWAC schools Alcorn State and Southern. The Greenwave will have to replace their two leading scorers from last season. This will be the 12th game for TxSU and hopefully they will have developed some continuity by then.