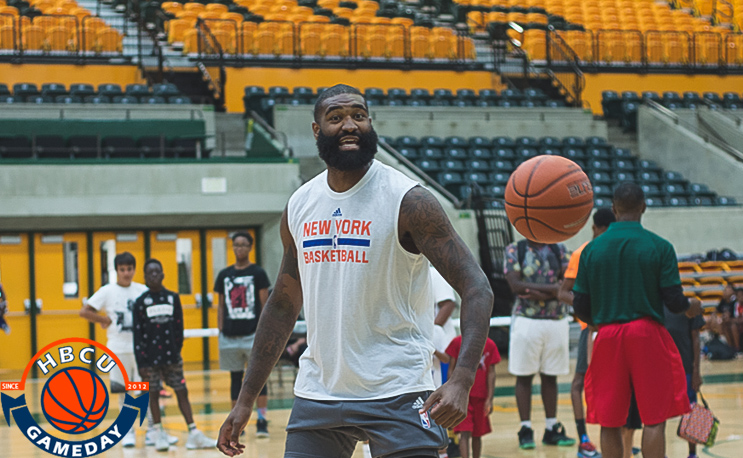 Will the big man stay in NYC or are the Warriors in play?

Multiple news outlets have reported that former Norfolk State big man Kyle O’Quinn has opted out of the final year of his $4.3 million contract with the New York Knicks.

Now that Kyle O’Quinn has declined his $4.3MM player option, the Knicks must decide whether to renounce his Bird Rights. If they do not renounce them, a cap hold of $8.1MM will stay on the books, but they can exceed the cap to re-sign him pic.twitter.com/zZocC6FYlX

The move makes O’Quinn an unrestricted free agent but doesn’t necessarily mean he’s leaving the Big Apple. The New York Post is reporting that the Knicks will investigate re-signing O’Quinn to a one-year deal.  Common logic suggests that the Knicks want to keep cap space open for 2019.

The Knicks originally signed O’Quinn to a four-year, $16 million deal in 2015.

taking a break to say, for the love of all that is holy, don't let the warriors sign kyle o'quinn.

Other suitors could include the Golden State Warriors who expressed interest in O’Quinn previously. He’s coming off of his best season to date averaging 7.1 points, 6.1 rebounds, 2.1 assists, and 1.3 blocks in just 18 minutes per game. Depending on what other moves the Warriors make, he could fit into Golden State’s mid-level exception.