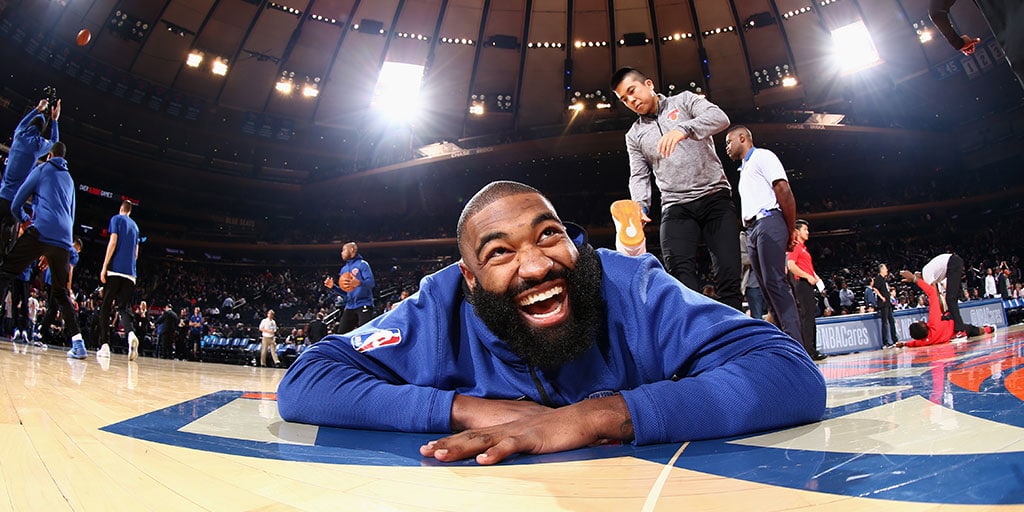 Kyle O’Quinn addressed the media on Monday, making official what was known all weekend. He is now an Indiana Pacer. The former Norfolk State big man opens up about how Indiana ended up being his new home.

O’Quinn agreed to a one-year, $4.5 million contract with the Pacers after declining a $4.2 million option with the Knicks last month. The move puts a little more money in O’Quinn’s pocket with the $300k bump and a better tax situation. New York’s income bracket is five percent higher.

“We talk about our culture here and Kyle fits it perfectly,” said Pacers’ President of Basketball Operations Kevin Pritchard. “Not only is he a good, solid player, he’s an outstanding person who will help us on the floor and in the locker room. When I met with him last week I was very impressed with his professionalism and thrilled with his desire to be a part of what we are building here.”

OFFICIAL: The #Pacers have signed free agent forward/center Kyle O’Quinn to a contract.@Kyle_OQuinn set new career highs during the 2017-18 season as he averaged 7.1 points, 6.1 rebounds, 2.1 assists and 1.3 blocks per game for the Knicks. https://t.co/GnPgGnrNrw

O’Quinn averaged 7.1 points, 6.1 rebounds, 2.1 assists, and 1.3 blocks per game for the New York Knicks last year. Those numbers were all career highs.