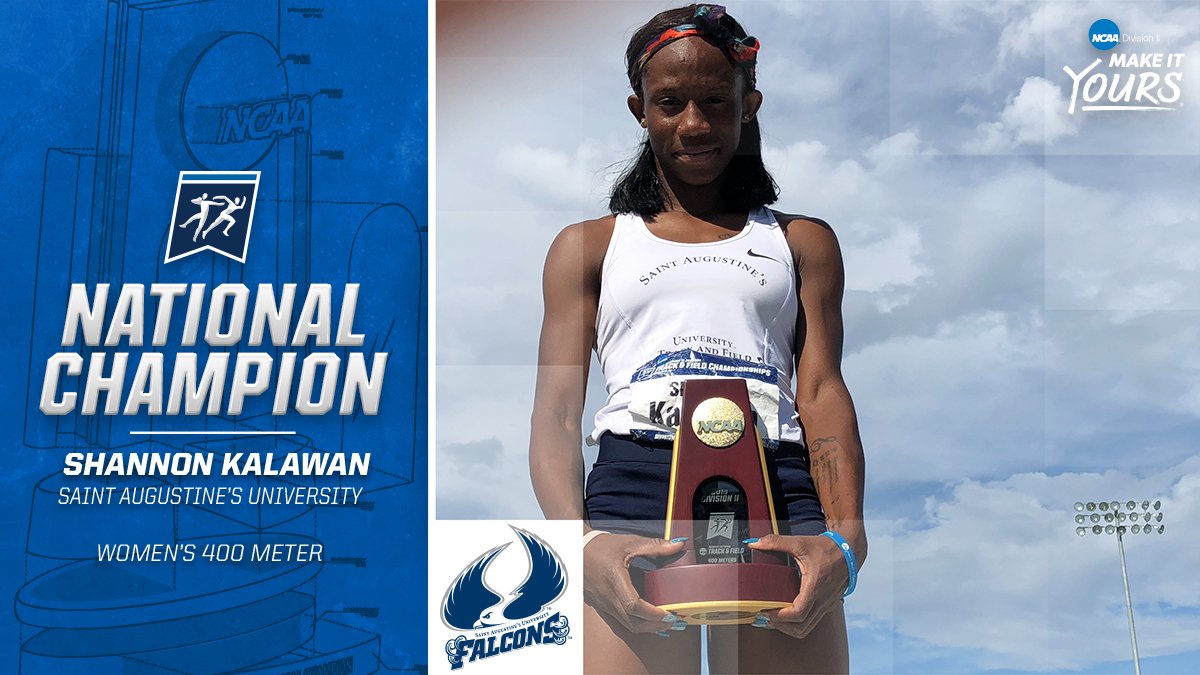 Shannon Kalawan looks to add another award to her already stellar season.

RALEIGH, N.C. (June 8) – Standout sprinter and hurdler Shannon Kalawan (So./Westmoreland, Jamaica) of Saint Augustine’s University was selected the 2018 Division II Honda Woman Athlete of the Year Nominee for track and field by The Collegiate Women Sports Awards organization. The honor makes her one of 11 finalists for the DII Honda Woman Athlete of the Year award, which will be presented in a live telecast on CBS Sports in downtown Los Angeles on June 25.

Kalawan was recently chosen the NCAA Division II National Women’s Outdoor Track Athlete of the Year by the U.S. Track & Field and Cross Country Coaches Association (USTFCCCA). She won three national titles (400 Dash, 400 Hurdles, 4×400 Relay) and scored the most women’s points at the NCAA DII Outdoor Track and Field Championships in late May.

Click HERE to read the release by The Collegiate Women Sports Awards organization. The release is also on collegiatewomensportsawards.com.