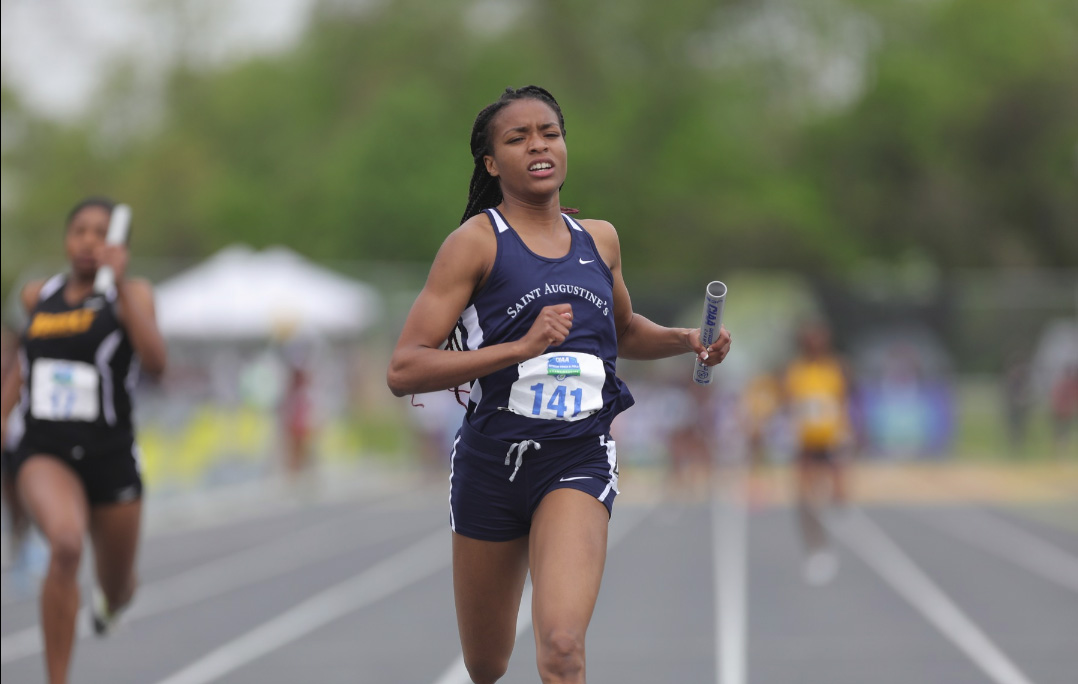 St. Augustine’s is the class of the field on both sides.

Bowie, MD (May 6, 2018) – The Falcons of Saint Augustine’s University swept the men’s and women’s titles at the Central Intercollegiate Athletic Association (CIAA) Outdoor Track and Field Championships at Bowie State University on Sunday.

The outdoor sweep is the first for the Falcons and Lady Falcons since the 2015 season. This year, they also swept both men’s and women’s indoor and outdoor conference titles for the first time in the same year since 2010.

For the men, Brandon Valentine-Parris of Saint Augustine earned Men’s Track MVP honors and Justin Williams (SAU) took Men’s Field MVP. Valentine-Parris won the 200m and 400m dashes and was a member of the winning 4x100m and 4x400m relay teams. Williams won the triple jump and finished third in the long jump, tied for fourth in the high jump, and placed fourth in the pole vault and javelin throw.