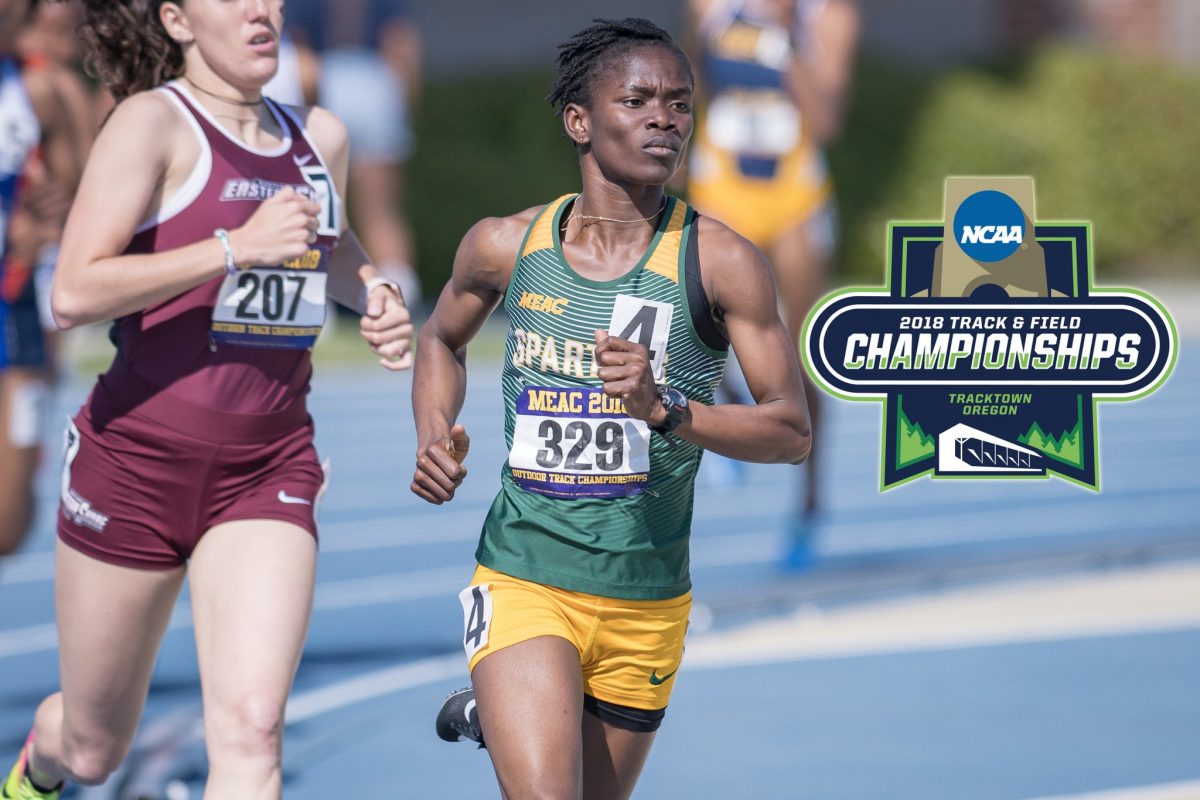 The NSU sophomore will go for the 800-meter championship on Saturday night.

#MEAC @NSUSpartans Martha Bissah advances to the finals of the women’s 800! A photo finish! pic.twitter.com/PFldsdnAoN

Bissah posted a time of 2 minutes, 6.17 seconds, running a gutsy last few meters to inch past Jasmine Staebler of Iowa State and Susan Aneno of Connecticut at the finish line and earn the second automatic qualifier spot from the third and final heat. Bissah, who appeared to be boxed in on the inside of the track coming off the final turn, made her move late, finding enough daylight to squeeze by Staebler and Aneno to finish second behind Ashley Taylor of Northern Arizona.

Bissah becomes the first Spartan female to advance to an NCAA event final since Debbie Dunn, who did so in both the 400 meters (outdoors) and 200 meters (indoors) in 2000.