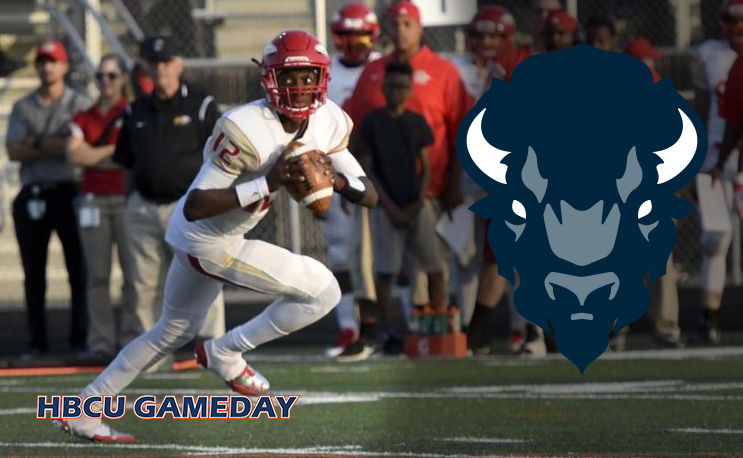 Howard had one of the nation’s top freshman quarterbacks in Caylin Newton last season, but that isn’t stopping Mike London and Co. from adding weapons at the position. HU picked up a big win in the recruiting game when it landed a verbal commitment from one of Pennsylvania’s top quarterbacks.

Hollis Mathis of Penn Hills will head to the Hiltop. The 6’1, 185 quarterback threw for better than 2,400 yards and tossed 27 touchdowns last season.

“I’ve been through a lot of these unofficial visits, and I felt at home at Howard. I felt when I went down there I could see myself living there for the next four to five years, getting an education and becoming a better man. That was one of the selling points for me,” Mathis told TribLive in May. “I liked the direction the football program was headed, and I loved historic and educational value the school has.”

Mathis will follow in the footsteps of another Pittsburgh quarterback at Howard. Greg McGhee left with pretty much every passing record in the school’s history when he finished his career in 2014. McGhee is currently starting for the Philadelphia Soul.

It was another Pennsylvania connection, however, that helped Mathis pick the Bison. Offensive coordinator Brennan Marion, the architect of the Go-Go Offense” is from the area and recruits it heavily. Newton thrived in the offense last season, winning MEAC Rookie of The Year honors and leading Howard to a 7-4 season.

Mathis talked about how much Marion’s quarterback-friendly system helped his decision, but in the end, he seemed to really just be sold on Howard overall after his mid-April visit.

“I liked it so much down there that I don’t know if I would still want to go to those schools if I would’ve gotten those offers from the bigger schools,” Mathis said. “Howard just felt like home to me.”