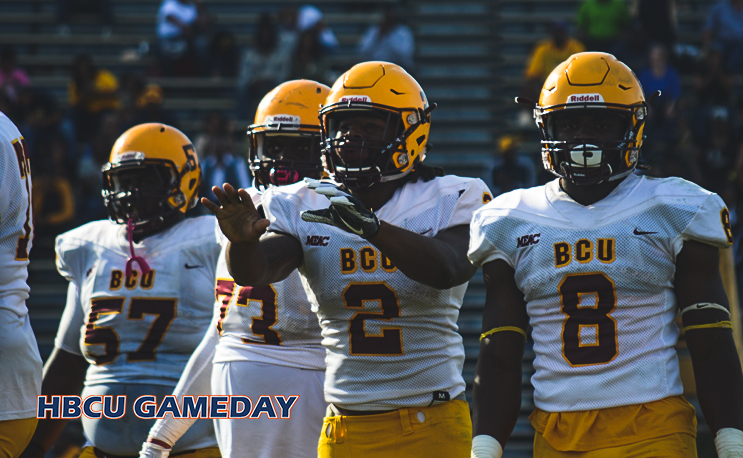 Many of your favorite HBCU football stars have found homes in the CFL. The league kicks off on Friday.

Like college football, the NFL season is months away, but you don’t have to wait until training camps open to check out your favorite former HBCU stars. The Canadian Football League kicks off its 2018 season on Friday night and there are quite a few names that HBCU football fans will be familiar with.

The Lions have a total of five former HBCU players on their roster. Three of those are offensive linemen in Phillip Norman (Bethune-Cookman), Jovan Olafioye (North Carolina Central) and Jac’Que Polite (Winston-Salem State). Two former SWAC stars round out the five with slotback Emmanuel Arceneaux of Alcorn State and former Jackson State defensive back Marcell Young.

Former Prairie View defensive back Jordan Holland is currently holding it down all by his lonesome in Edmonton.

Two MEAC alumni are suiting up for Calgary. Former Bethune-Cookman signal caller Larry Brihm will be fighting for time under center while former Hampton defensive lineman Brandon Peguese gets down and dirty.

Safe to say no team in any league has more HBCU players than the Roughriders right now. Former Hampton Pirate David Watford is in a battle for the quarterback spot with B.J. Daniels. He played his final year at Hampton after starting his career at Virginia. His coach at Hampton was Connell Maynor, who also coached Rudy Johnson while he was at Winston-Salem State. Johnson is now a defensive back for the Roughriders.

Southern’s Arthur Miley is on the defensive side of the ball after the former All-SWAC linebacker bounced around the NFL for a few seasons. Dariusz Bladek (Bethune-Cookman) and Timothy Gardner (Alcorn State) round out the defensive list for the Roughriders along with former North Carolina A&T defensive back Kevin Francis. Offensive lineman Thaddeus Coleman of Mississippi Valley is also on the roster.

Speaking of Fayetteville State, there is another Bronco in the CFL. Chris Hubert, a former FSU receiver that spent time with the Arizona Cardinals, has taken his talents up north. He is joined by another former NFL guy in Lynden Trail. The 6’7 Trail spent several seasons with the Washington Redskins before moving to the CFL. Trail and Hubert are joined by a pair of former Southern receivers in Mike Jones and Willie Quinn, who spent years torturing SWAC defenses on offense and special teams.

Former FAMU receiver Brian Tyms is a veteran receiver with experience for Toronto. He’s spent several years in the NFL, seeing action with the Dolphins, Browns and Patriots. Tyms was a member of the New England team that won Super Bowl XLIX. He spent last season on the Tiger-Cats before signing with Toronto.

A.C. Leonard was a big contributor for Tennessee State at tight end during his time in Nashville, but he has a different role in Ottowa. Leonard is now playing on the defensive line.

Montreal has a solid roster of HBCU standouts, including two former North Carolina Central stars. Defensive lineman Fredrick Henry-Ajudua is ready for his sophomore campaign while defensive back C.J. Moore is back for his third tour in the CFL. Anthony Morris of Tennessee State will be blocking for former Virginia Union running back Will Stanback, who led the CIAA in rushing his lone season in Richmond after coming from UCF.