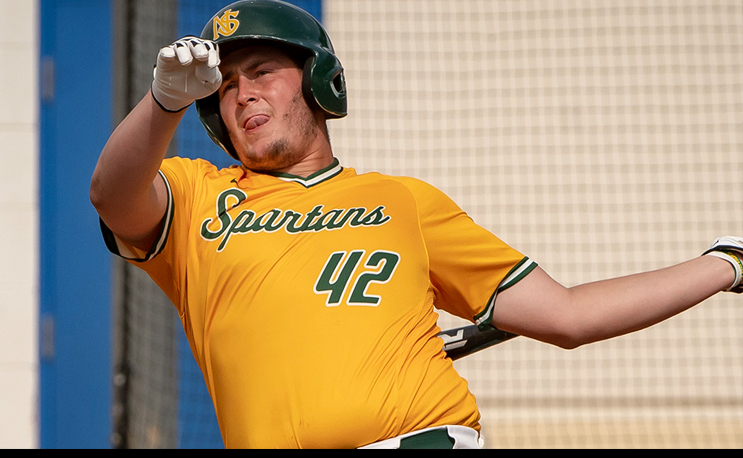 Persistent storms on Wednesday had pushed the finish of the game to Thursday morning, with the game tied 7-7 in the bottom of the ninth. The Spartans, the No. 2 seed out of the Northern Division, had runners on first and second with nobody out.

Tony Leite walked to load the bases once play resumed, before Stephen Baughan struck out and Justin Hayes was thrown out from third on an attempted suicide squeeze.

Then, with Syeed Mahdi at the plate, an errant pitch skipped to the backstop and Alsander Womack scored the winning run.