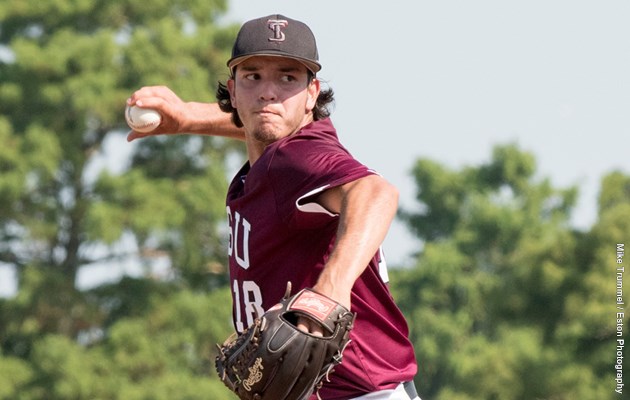 A big record gets snapped on the first day of tournament.

NEW ORLEANS. La. – The number two seed in the east, Jackson State started off the 2018 SWAC Baseball Tournament with a convincing 13-3 win over Arkansas Pine Bluff in the first game of the day.

Jackson State took the early lead. Raul Hernandez doubled to center field to put the Tigers up 1-0 in the first. Arkansas Pine Bluff took the lead in the second. JP Soriano belted a two-run homer down the left field line to give the Golden Lions the 2-1 lead. In the fourth, Kacy Higgins knocked in an RBI double to center field, to extend the Golden Lions lead to 3-1. Jackson State broke the game open in the bottom of the fifth. The Tigers scored a run when Stephen Vidal walked with the bases loaded to make the contest a one-run game at 3-2.

Hernandez added a 2 RBI single to give the Tigers a 4-3 lead. Dezmond Chumley singled to left field for another run to score. Later in the inning, Jesus Santana knocked in an RBI single to right center, to give Jackson State a 7-3 lead.

Eight teams have started out with the mission of winning a #SWAC Baseball 🏆Here's how day one unfolded. pic.twitter.com/cB0H3fAV6Q

Grambling State pulled away late in the second game of day one of the 2018 Southwestern Athletic Conference Baseball Tournament.
Mississippi Valley State got the scoring started in the top of the first. Aaron Barkley singled up the middle to drive in the first run of the game.

Texas Southern cruised to a 10-3 victory over Alcorn State in the opening round of the 2018 SWAC Baseball Tournament. Texas Southern opened the scoring in the bottom of the third. Gaudencia Lucca drove in the opening run of the contest on a bunt, which gave the Tigers the 1-0 lead. Hayes Saltare tied the score for the Braves in the fourth after singling to right field and a throwing error by Texas Southern that allowed a run to score.

Devin Walden bunted to drive in another run, and give Alcorn the 2-1 lead. Justin Barna added an RBI single to give the Braves a 3-1 advantage after the top of the fourth.
In the bottom of the frame, Horance LeBlanc singled through the left side to put the Tigers within one. Ricky Urbano reached on a fielder’s choice, and Keanu Van Kuren scored on a throwing error to even the score at 3-3 after four. The Tigers took the lead in the fifth. Jose Camacho doubled to right center to make the score 4-3.

Alabama State defeated Prairie View A&M 7-2 in the two teams opening round of the 2018 SWAC Baseball Tournament.  Prairie View A&M got the scoring started in the first. Avery Williams walked with the bases loaded to give the Panthers its first run of the contest and the early advantage.