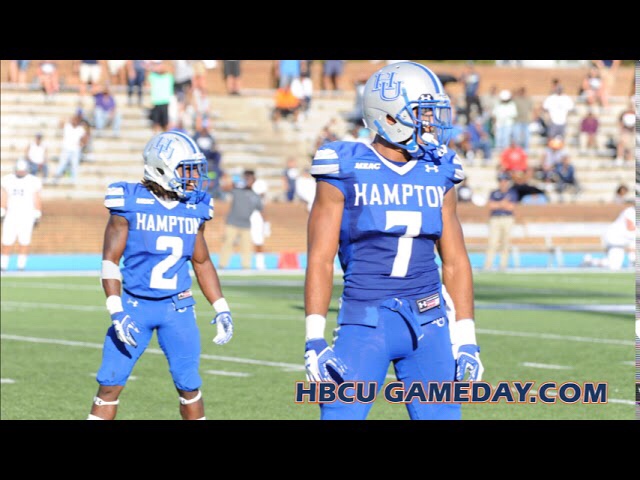 Hampton has re-upped with Under Armour for a new deal as it sets sail for The Big South.

“We are extremely happy to partner with a top-level company in Under Armour,” said Hampton University President Dr. William R. Harvey.  “Our agreement will help keep our athletics department on the cutting edge of advancements in athletic performance gear, which will benefit all of Hampton University athletics.”

The new official outfitter agreement includes marketing entitlement that will complement Under Armour’s brand marketing campaigns through print and venue presence at the University.

Hampton joins the Big South Conference on July 1 after a 22-year stay in the Mid-Eastern Athletic Conference.   Some highlights include:

·         Men’s basketball finished the 2017-18 season as MEAC Regular Season Champions and participated in the National Invitation Tournament for the first time in school history.

Hampton originally signed up with UA in 2016 when the MEAC opted not to renew its contract with Russell Athletics.

Under Armour announced earlier this year that it will be the official outfitter for Hampton’s original conference, the CIAA. It has also recently added SWAC schools Southern and Texas Southern as well.