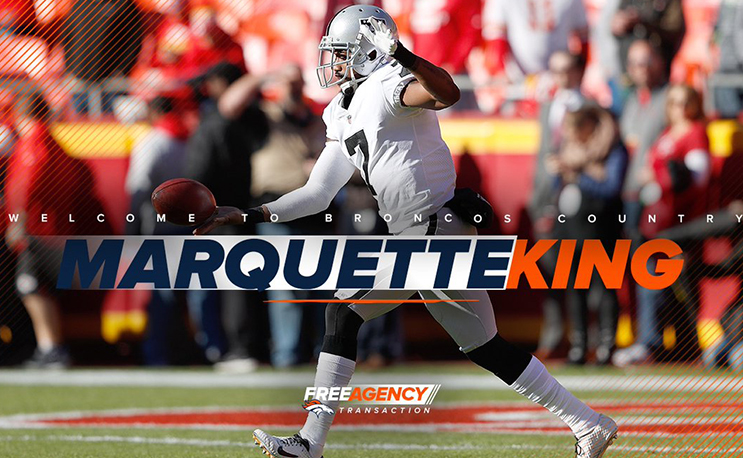 Marquette King will get the chance to go at his old team twice a year and he can’t wait.

As expected, Marquette King wasn’t out of work long.

The former Fort Valley State star has signed a three-year, $7 million deal with the Denver Broncos, according to NFL Media.

The #Broncos are signing P Marquette King to a 3-year deal worth $7M, source said. Get ready for King rivalry games vs the #Raiders

That means King will get a chance to play against his former team, the Oakland Raiders, twice a season as both teams play in the AFC West. The Raiders cut King last Friday.

“The people that work at the Broncos encourage you to be yourself,” King told reporters via The Denver Post. “That’s cool. Players play better when they can be themselves and let their hair down.”

“I just saw him on car commercials and stuff,” King said in a conference call via a Broncos release. “I get to see him two times a year [now].”