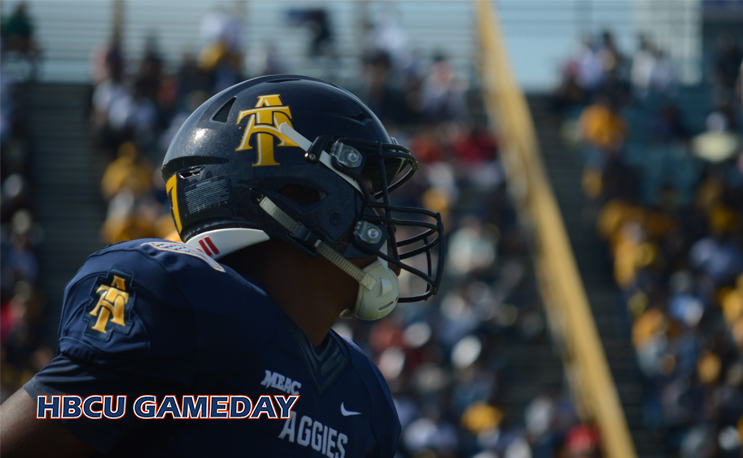 North Carolina will face an FCS power and an in-state FBS foe in the 2018 football season.

It’s hard to top a perfect football season, but that is the task that North Carolina A&T will try to pull off in 2018. On Tuesday the team announced its football schedule for the upcoming season is it tries to repeat as MEAC and HBCU champs.

A&T will start the season with two tough road contests, playing FCS power Jacksonville State and in-state FBS foe East Carolina. JSU went 10-2 last season and will host A&T in Montgomery, AL in the FCS Kickoff on August 25. East Carolina is coming off a 3-9 season and A&T has beaten FBS foes in each of the past two seasons (Kent State in 2016 and Charlotte in 2017).

“We are starting out with Jacksonville State and ECU so that says a lot about where we see ourselves as a program because those are two really tough games,” new A&T coach Sam Washington said. “We are not afraid. We’re going to do the things we need to do to be successful and then see what the outcome is.”

A&T will return home and finish its non-conference schedule on Sept. 8 against Gardner-Webb, an FCS team it handled 45-3 in 2018.

The conference season will kick off in Aggie Stadium on Sept. 22 when Morgan State comes to town, followed by traditional rival South Carolina State the next week. A&T will hit the road the following week to take on Delaware State, a team it has beaten four times in a row by nearly 30 points per game.

A&T will play its lone home game of the month on Oct. 13 when it takes on Florida A&M. Its final home game will come Nov. 3 against Norfolk State. That will serve as the Homecoming Game and Senior Day in Greensboro.

Per usual, A&T will finish the season on the road at North Carolina Central as the teams meet up for the 90th time in their storied history on Nov. 17. A&T broke a three-game losing streak last fall.