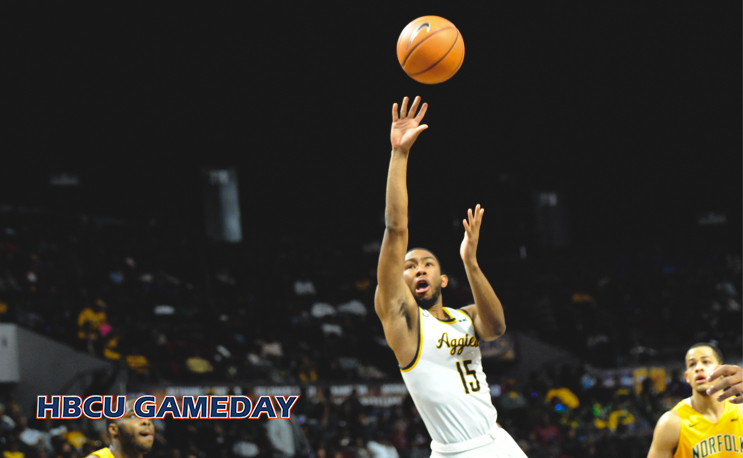 North Carolina Central and Hampton punched their tickets to the MEAC Tournament on Thursday.

NORFOLK, VA– The MEAC final four is set, and if it is anything like the first four days of tournament play, Friday could be a night to remember.

Hampton advanced to the semis by holding off a furious Florida A&M rally attempt in the second half on Wednesday. HIU escaped with a 75-71 win and was rewarded with a day off thanks to its seed.

A&T topped hometown favorite Norfolk State on Thursday night to earn its spot, giving it a little over 18 hours to prepare for the hottest team in the MEAC. Hampton has won nine games in a row including Wednesday’s win.

The two squads met once this season, with the Aggies triumphing over the Pirates 91-84 in late January. That was the last loss for the Pirates, who have managed to catch fire in the second half of its season.

North Carolina Central and Morgan State will meet in the other semifinal.

Morgan State clinched its spot on Wednesday night, upsetting second-seeded Bethune-Cookman 78-77. That upset earned it an extra day off.

NCCU, however, did not have that luxury as it played Savannah State on Thursday night. NCCU beat SSU 58-56 to advance to the semis, holding the MEAC’s top-scoring team to nearly 30 points below its season average.

Both programs and their coaches are no stranger to playing this late in the season, as they have both played in two tournament finals since it was moved to Norfolk in 2013. Morgan State lost both of those contests, first to A&T in 2013 and then to NCCU in 2014. NCCU has won both of its championship appearances since the tournament moved to Norfolk.

This will also be a matchup of two of the conference’s most recognizable coaches in Morgan State’s Todd Bozeman and NCCU’s LeVelle Moton. Bozeman wields the more experienced team with senior stars Tiwain Kendley and Phillip Carr leading the way. Moton is essentially coaching a new team than the one he won the title with last season, with Pablo Rivas the only holdover who played significant minutes in 2017.