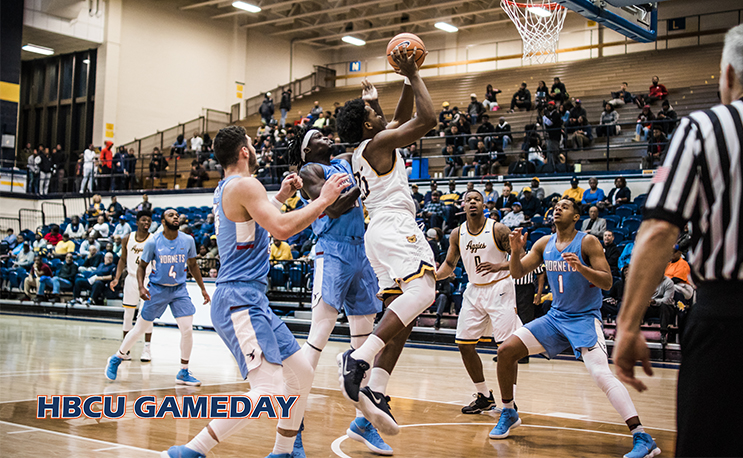 The first day of action at the MEAC Tournament was anything but predictable.

NORFOLK, VA – The opening day of the 2018 MEAC Tournament saw some upsets on the women’s side and a near-upset in the men’s opening game.

Savannah State and Florida A&M, the 13th and 12th seeds respectively, came away with wins to extend their seasons. SSU knocked out home team Norfolk State, ending its tournament run with a 51-48 win. FAMU followed suit with a 69-64 win over fifth-seeded Howard. The two teams will meet on Thursday in a quarterfinal matchup.

On the men’s side, North Carolina A&T came in with its best regular season in over two decades and nearly had it end on the first day. Delaware State, who played A&T to two close games during the regular season, led by double-digits at one point before A&T closed the gap. The game went into overtime tied at 57, and A&T would go on to win 62-61.

The Norfolk State men made their tournament debut against Maryland-Eastern Shore and had a much easier time than A&T. The fifth-seed cruised to a 78-58 win over its counterparts, with five players finishing in double-figures.

A&T and Norfolk State will meet in the quarterfinals on Thursday.

Tuesday includes more first round action, including three games on the men’s side.

The first will feature eighth-seed Howard against ninth-seed FAMU. The two teams split the regular season matchup, with each team winning on its home court.

Next up will be sixth-seeded North Carolina Central against 11th-seed Coppin State. NCCU, the defending MEAC Champ, won easily against CSU in Durham in the regular season. The winner of this game will have to play again on Wednesday, facing Savannah State.

In the nightcap, seventh-seeded Morgan State will take on 10th seed South Carolina State. MSU was predicted to win the MEAC, but never found consistency, and so it will battle with SCSU for the right to play Bethune-Cookman on Wednesday evening.