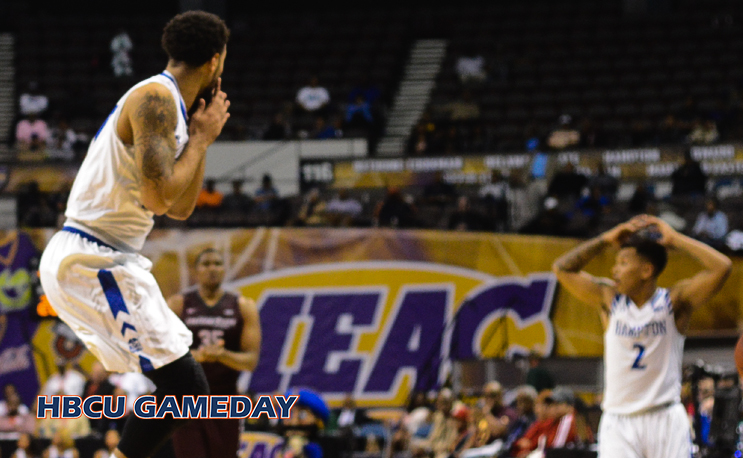 Hampton emerges from the pack as the top ranked team in its final MEAC Tournament.

Savannah State and Bethune-Cookman also won a share of the title as well, but Hampton was awarded the tie-breaker as it went 2-1 against those two schools.

Hampton wedged its way to the top of the MEAC on Thursday night by stepping over rival Norfolk State, who was one of five teams who came into the evening with a shot at title. Hampton beat NSU 74-71 on the strength of an 8-0 run in the final three-and-a-half minutes to secure the bid.

The Pirates will enter their final MEAC Tournament on an eight-game win streak.

The rest of the field

Bethune-Cookman also defeated its rival on Thursday, beating FAMU 89-77 on the road. Big man Soufiyane Diakite scored 27 points on a ridiculous 13-for-13 from the field performance to go along with 14 rebounds as BCU won a share of the title for just the second time since joining the MEAC in the late 1970s. As the no. 2 seed it will take on winner between seventh-seeded Morgan State and 10th seeded SCSU on Wednesday.

SSU beat South Carolina State 94-81 on the road to secure its slice of the MEAC title. It will return to the MEAC Tourney after sitting out last year due to APR restrictions and face the North Carolina Central/Coppin State winner on Thursday.

North Carolina A&T fell to NCCU on the road 70-59 in a bitter-sweet end to a regular season that could have ended in its first regular-season title in more than two decades. It will enter the tournament as the fourth seed, taking on no. 13 Delaware State on Monday to open up men’s play.

NSU, the home team of the tournament, will also play on Monday. Maryland-Eastern Shore will look to pull off some magic against NSU at the Scope.