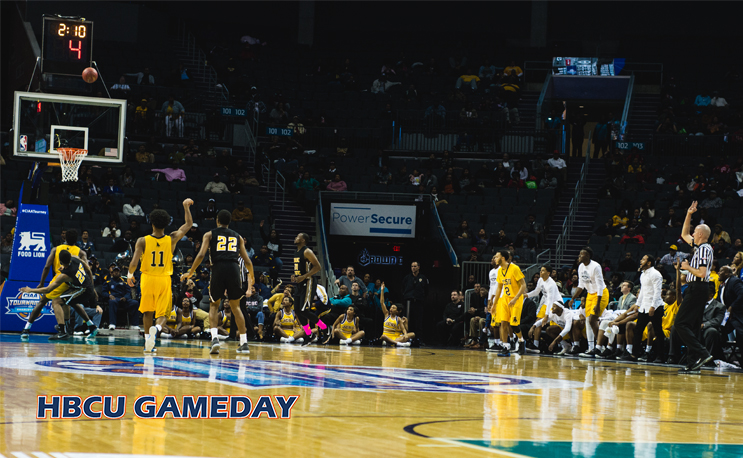 The CIAA title will come down to Johnson C. Smith and Virginia Union on Saturday.

The CIAA Championship Game is set and its a matchup of a conference blue-blood and the hometown favorite.

Virginia Union and Johnson C. Smith will meet on Saturday in a battle for the CIAA title and an automatic bid to the NCAA Tournament playoffs.

Back to the top

VUU’s path to the title game went through rival Virginia State. VSU had beaten VUU twice during the regular season, but the third time was the charm for the team from Richmond.

The game was tight in the first half as the Panthers briefly led 22-21. The second half started mostly the same, with the Trojans taking a 32-30 lead with 15:55 remaining but would be outscored 37-20 the rest of the way as the Panthers won 67-52.

Korey Cooley scored a game-high 29 points, 22 of them in the second half.

Johnson C. Smith is the de facto home team of the CIAA took care of business on Friday night, defeating a gritty Bowie State squad 80-71. The two teams traded the lead back-and-forth for most of the game, as it was tied at 60 with just under five minutes to go before JCSU went on a 20-11 run to close the game and secure the title spot.

Roddric Ross led the way for JCSU, coming up with 20 points while CIAA Player of the Year Rob Davis added in 19 points.