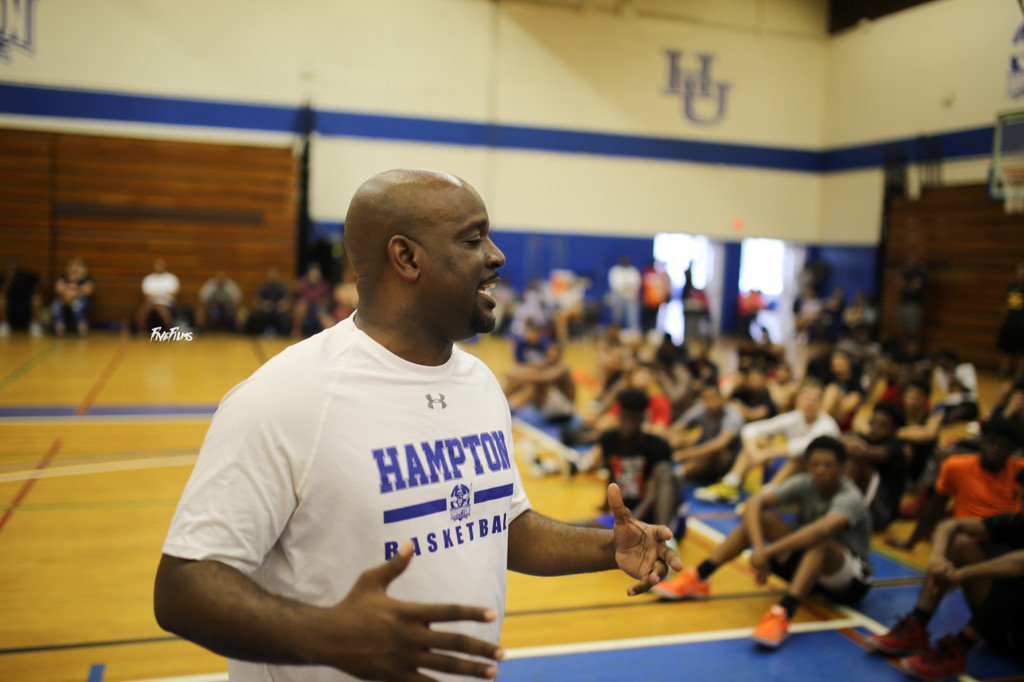 Hampton head coach Buck Joyner Jr. and his team have turned the corner after a difficult December.

When the season started, the big question on Ed “Buck” Joyner Jr.’s plate was whether or not he could get Hampton back to contender status in the MEAC. Two-and-a-half months later that’s still a big question for the Pirates, but perhaps it’s more firmly put in its place after what Joyner and his team have gone through since December.

Joyner’s father, Ed Sr., died in his office just before his team’s game against Coastal Carolina on Dec. 6. The former St. Paul’s College and Livingstone coach was 68 years old.

It was a loss felt not only by the son who carries on his name, including his nickname, but also much of the athletic department, all the way up to Hampton President Dr. William Harvey. Joyner’s team also took the death hard as his father was an honorary assistant the past two seasons.

“They became very close to him in a short amount of time,” Joyner told HBCU Gameday in an exclusive interview. “They never quit. We went through some tough times. It was a period for about two months where it seemed nothing was going right.”

Leading the way has been Jermaine Marrow. The sophomore from nearby Denbigh High School in Newport News, VA has been spectacular over the win streak, scoring almost 25 points per game. Joyner, a point guard himself at Johnson C. Smith, said it starts and ends with Marrow.

“He’s really grown as a leader for us,” he said. “Where before, last year we could count on him to get a shot off, not always the greatest shot, but to get a shot off. Now he’s learned how to get other people involved.”

Other people include Malique Trent-Scott, Kalin Fisher, Akim Mitchell and Lysander Bracey and a lot of odds and ends. It’s a team made up primarily of sophomores and juniors, one that looks totally different than the Hampton squad that won back-to-back championships in 2015 and 2016.

“It felt like you were rebuilding,” Joyner said of last season. “More than physically, you’re rebuilding mentally. Last year you got guy stepping into new roles and realizing that filling Johnson and them shoes…Quinton Chevious and those guys, don’t mean just getting your name called out in the starting lineups. That’s what a lot of guys want.”

Hampton heads into Saturday’s home game against South Carolina State fourth in the MEAC at 8-4 in league play. The school’s time in the MEAC is coming to a close, and Joyner and Co. would like nothing better than to sneak in another banner before heading over to the Big South.

It would be the fourth for Joyner, who is in his ninth year as head coach at Hampton after three years as an assistant. With everything his team, and he has gone through, there’s a good chance it would mean more now than ever.