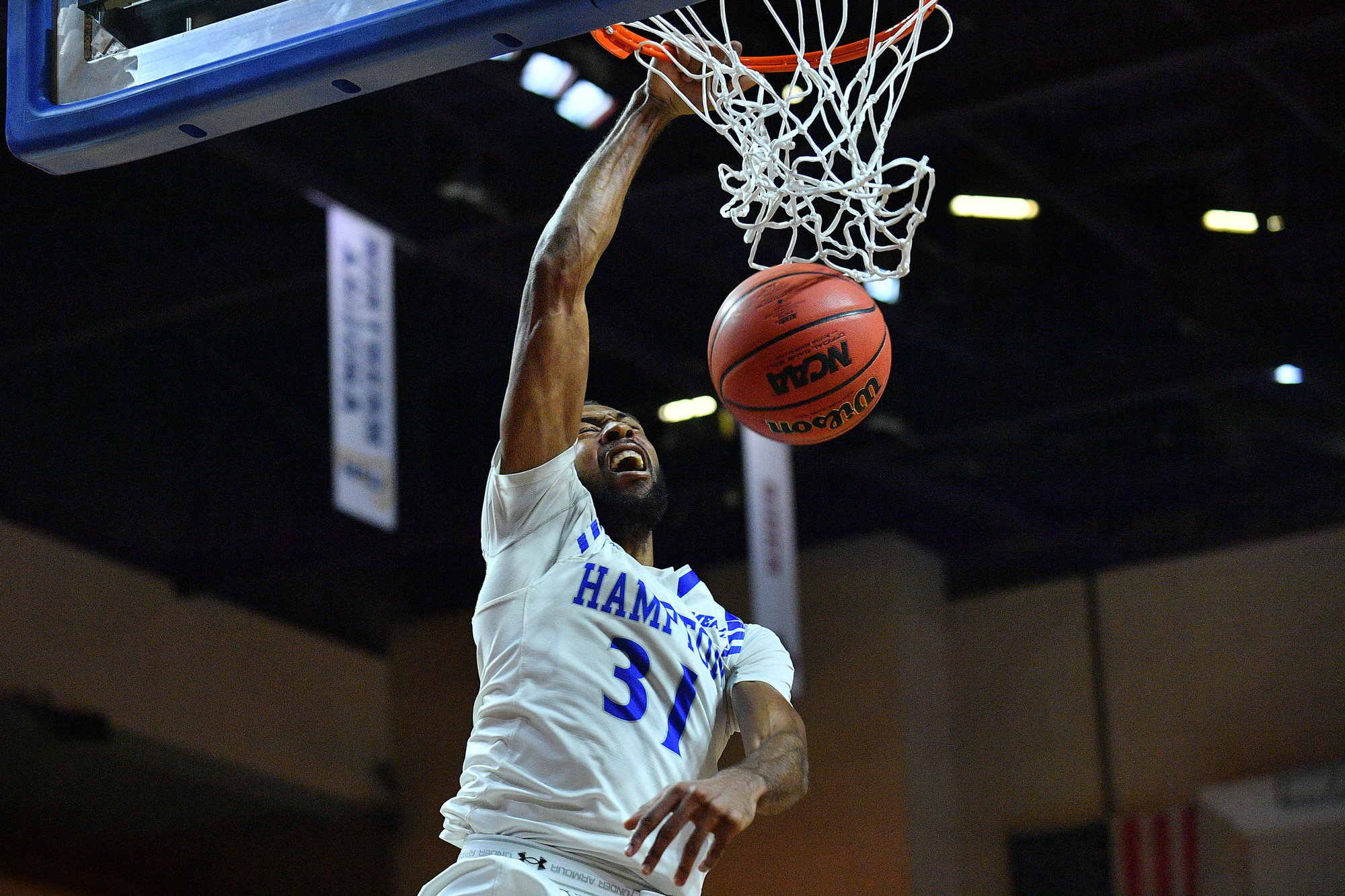 Hot-shooting Hampton continues to roll as it puts the breaks on Norfolk State’s winning streak.

Norfolk State walked into the Hampton Convocation Center on fire, but left ice cold in the latest edition of The Battle of The Bay.

Hampton pummeled its nearby rival 82-52 to increase its win streak to three and stop Norfolk State’s at four games.

Jermaine Murrow led the way for Hampton, who never trailed in the game. The sophomore from Newport News scored 27 points on 11-for-18 shooting and also added six rebounds and six assists in 36 minutes.

Trevond Barnes had a stellar game as well for Hampton, hitting six of his nine field goal attempts for 15 points, and adding six rebounds and three blocks.

The Pirates shot 52 percent from the field on the night, the fourth-straight game they hit half or more of their shots from the floor.

It was the opposite story for the Spartans, who struggled to put the ball in the basket all night. As a team they had just nine field goals and scored just nine baskets. Individually, no one on the squad hit half of their shots.