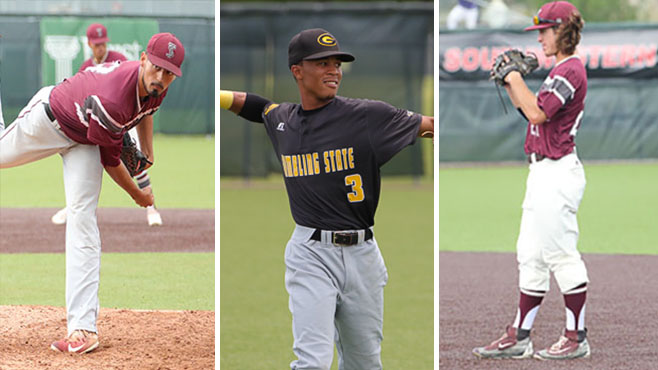 Will Alabama State or Texas Southern win it all?

In the west division, Texas Southern earned the most points with 64 (7 first-place votes),

Grambling State had the second most with 58 and six first-place votes.  Prairie View A&M earned the third most points in the west division with 38 (1 first place vote). Arkansas Pine Bluff also earned 38 points (0 first place votes) and Southern (26 points) rounded out the predicted order of finish for the west.

Congrats to Marshawn Taylor as the @theswac Preseason Baseball Player of the Year pic.twitter.com/kHfJrT6w78

Marshawn Taylor of Grambling State was named the Preseason Player of the Year. Taylor was selected as the SWAC Player, Hitter, and Newcomer of the year last season.  Taylor ranked near the top of the league in multiple offensive categories in 2017, including first in batting average (.402), second in on-base percentage (.477), tied for third in runs scored (50), and first in hits (82).

Texas Southern’s Michael Vilianueva was voted the SWAC Preseason Pitcher of the Year.  Villanueva had a 5.66 ERA, totaled 63 strikeouts, and had eight wins for Texas Southern in 2017.

Gaudencio Lucca, also of Texas Southern was voted the league’s Preseason Defensive Player of the Year.  Lucca had a .986 fielding percentage on 352 chances.  Lucca also led TSU with 290 putouts, fielded 39 double plays, and totaled 57 assists in 2017.

Texas Southern had the most players earn preseason honors with seven, Alabama State had the second most with six players, Jackson State, Alcorn State, Prairie View A&M and Grambling State each had two players earn recognition, while Southern had one player selected.

The 2018 preseason teams and awards are below.

Preseason Player of the Year

Preseason Pitcher of the Year