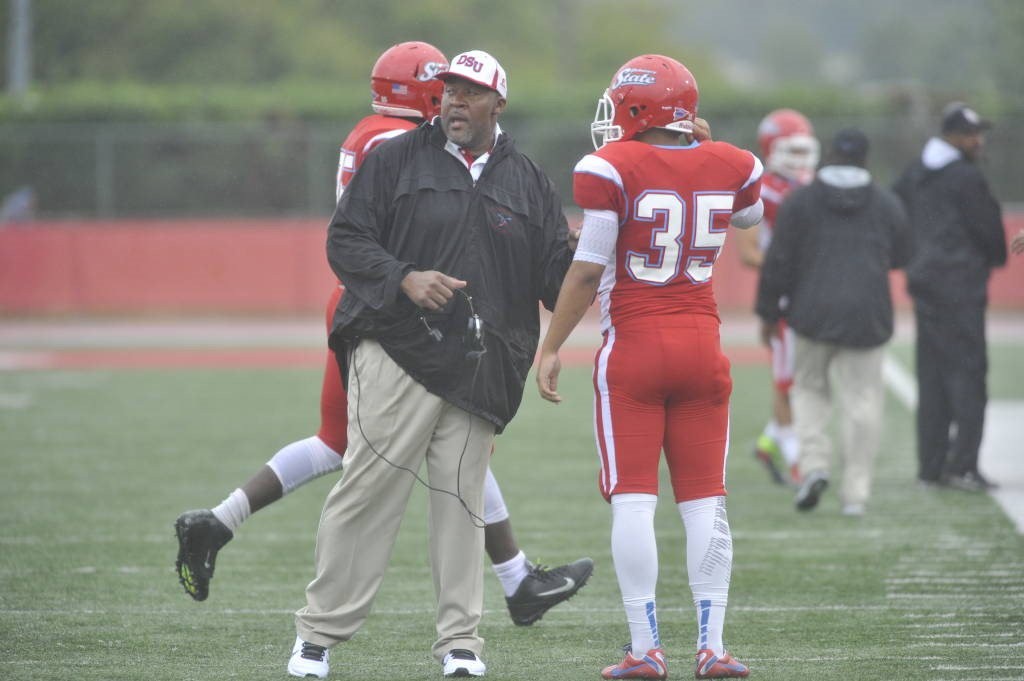 The Hornet hall of famer returns to the nest.

Delaware State officially announced the hiring of Rod Milstead on Tuesday as its new head football coach.  Milstead is a 1992 graduate of the university and was inducted into the DSU Athletic Hall of Fame in 2003.

Milstead brings a Super Bowl winning pedigree to his alma mater.  He spent eight years in the NFL, including a Super Bowl ring in 1994 with the San Francisco 49ers.  He’s had coaching stints as an offensive line coach at DSU and North Carolina Central.  Most recently he was a high school head coach in Maryland.

Hornet returns to the nest

Interim DSU Athletics Director Mary Hill likes having a former Hornet as the new head coach “He understands exactly how driven our players, our campus, and our alumni are to field a competitive, winning team,” she said in Tuesday’s release.

“This is very personal for me,” the new head coach said. “Rejuvenating the football program and making winners of our student-athletes in the classroom, in the community, as well as on the field, is my top priority.”

The Hornets finished the season 2-8 in 2017, with close wins against South Carolina State and Morgan State.