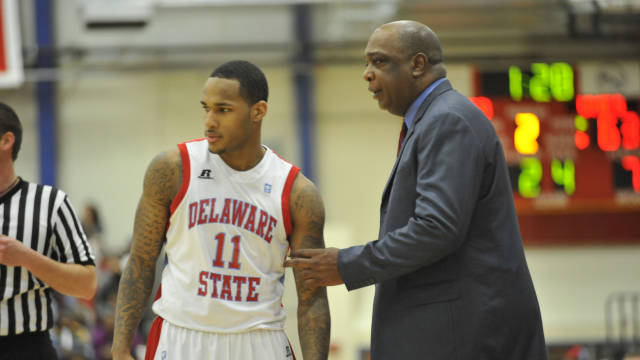 DSU has parted ways with both its men’s and women’s basketball coaches, the school announced on Thursday. The move was originally reported by HoopDirt.com.

Keith Walker coached for nearly four full seasons, taking over with ten games left in the 2013-14 season. He led DSU to a 43-96 record overall and a 3-25 record this season. Keith Johnson will coach DSU for the rest of the season.

Barbara Burgess was let go as women’s coach after coaching just under three full seasons. Her record was 5-21 this season and 17-69 overall during her tenure. Assistant Kyle Adams will assume her duties for the rest of the season.

Walker and Burgess are just two of the latest names in a wave of athletic department changes for DSU. Just over three months ago both Skip Perkins (Director of Athletics) and Kenny Carter (football coach) were fired as well. Former DSU star Rod Milstead was hired to replace Carter last month.

“We thank coach Walker and coach Burgess for their service to the University and wish them well in their future endeavors,” Mary Hill, Delaware State Interim Director of Athletics, said.