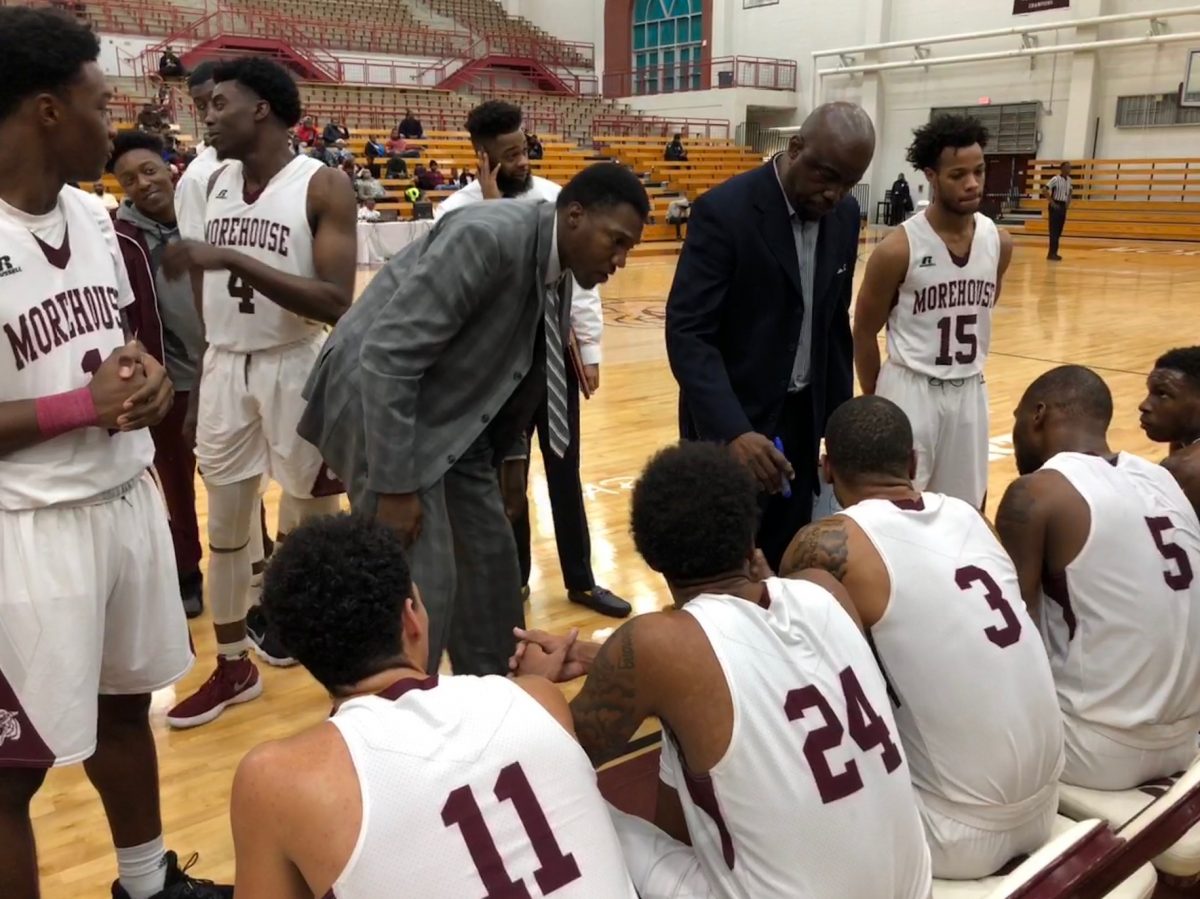 Fifteen and rolling but Claflin could be the biggest test of the year.

Morehouse (15-0) was outscored in the second half but for the second straight game, it survived a close one in the SIAC East. The Maroon Tigers beat Albany State (1-16) on Monday afternoon, 75-70, for a school record 15 straight wins.

The victory sets up a Clash of the Titans in Atlanta on Saturday when Claflin comes to town.  The Panthers (17-1) lost the second game of the season and will bring a 16 game win streak into Saturday’s game.  Morehouse coach Grady Brewer was a little hesitant to discuss the Claflin showdown last week on our podcast special but you could tell it wasn’t too far from his mind.

“From this point out we have to bring our A-game every night because of the eastern side of our division. When you play each other and win it’s really getting two games and when you lose it’s losing two games really,” Brewer said on the podcast.

Tyrius Walker was the bell cow again on Monday. His modest 19 points compared to Saturday’s 36 versus Fort Valley State led all scorers.  Jordan Wallace chipped in 19 for Morehouse as well.  Jared Harrington scored 18 for ASU in just twenty minutes of action.

Neither team shot particularly well with both teams right at 40 percent shooting on the afternoon. The Maroon Tigers led by 11 points at the half thanks in part to going 6-12 for three-pointers in the first half.  Albany State was 2-12 from behind the arc in the first 20 minutes.

Morehouse has a two-game homestand coming up that should challenge its perfect record.  Should they get past Claflin then its Benedict waiting on the following Monday. The Tigers are currently 14-3 so far this season.