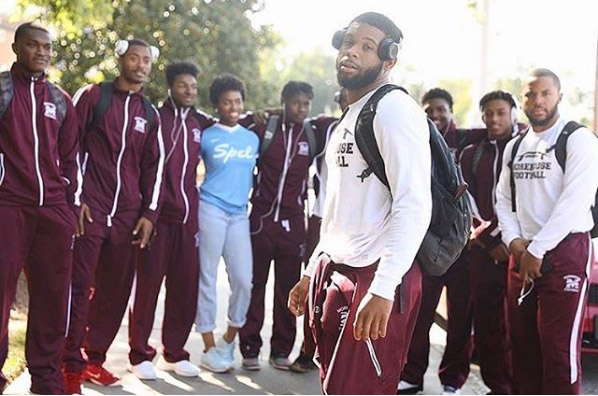 This linebacker keeps making all the hits away from the field.

The hits keep on coming for Morehouse College linebacker Julien Turner, and not the ones on the football field. Turner, if you don’t remember, produced the music video for his biology homework that went viral and landed him on Good Morning America and other national broadcast outlets.  Now he’s ready to tell you exactly how to get to Sesame Street.

The sophomore announced on Twitter this past Friday that he and his younger brother now have a production deal with Sesame Street. Yes, Big Bird, Elmo, Oscar and the whole gang. Turner co-owns a film company with his younger brother Justen, Dreadhead Films, LLC.

“Thankful to announce that my brother and I have become two of the youngest filmmakers to ever be commissioned to produce a Sesame Street film. It will be featured in the 2018-2019 season,” he wrote.

Thankful to announce that my brother and I have become two of the youngest filmmakers to ever be commissioned to produce a Sesame Street film. It will be featured in the 2018-2019 season. 🙏🏾 pic.twitter.com/cL5gvbMjzR

Justen, the younger brother, formed the film company in 2014 at 12 years old, and Julien joined him in 2016.  Justen has two films that have been honored and recognized at national film festivals. Both brothers are also avid musicians in addition to filmmakers.

As the success continues to roll in for the Turners, it should come as no surprise. Julien, a Pickerington, Ohio native, has always been an outstanding student in addition to excelling in athletics.  According to his website, he maintained a 4.0 GPA throughout high school while serving as the captain for both his football and track teams.  His resume now includes viral sensation and movie director.  Well played.